Raise the flag for Crime Stoppers 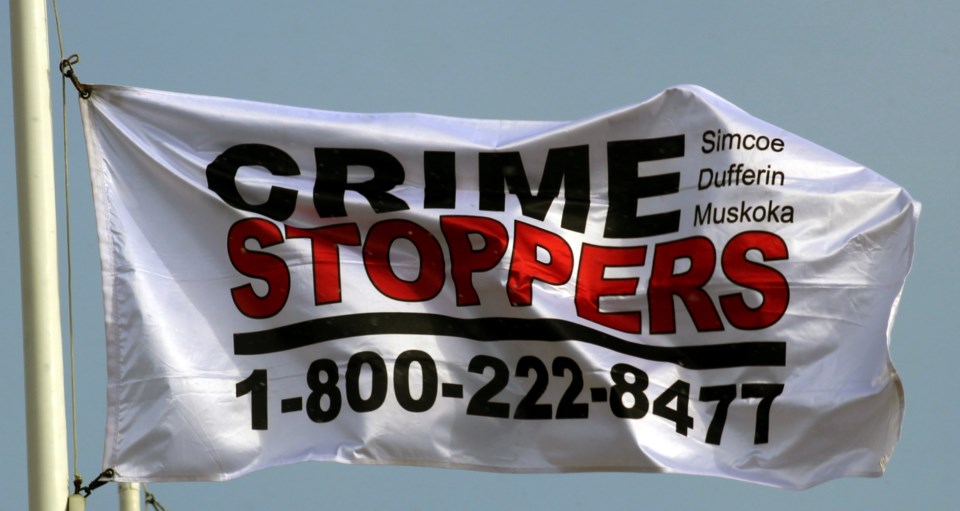 The Town of BWG invites everyone to join us for a flag raising in honour of Crime Stoppers Month on Monday, January 13 at 11:00 a.m. in front of the BWG Courthouse at 57 Holland St. E.

WHEREAS:
Crime Stoppers of Simcoe-Dufferin-Muskoka was established on January 12, 1987 and became incorporated as a non-profit charitable organization on February 11, 1987. The program is operated by a volunteer Board of Directors, who oversees all phases of the program; and

WHEREAS:
Crime Stoppers is not a Police program. The program is operated solely with monies generously donated from the private sector, businesses or raised through fundraising efforts of the volunteer Board of Directors and committee volunteers; and

WHEREAS:
Crime Stoppers is a program that benefits everyone in the community and in 2005 Crime Stoppers International was recognized by the United Nations as a global force in the fight against crime and terrorism; and

WHEREAS:
Crime Stoppers mandate is to assist the Police in solving crimes thereby making our communities and schools safer. Through the media, the public is encouraged to call a province wide toll free number with any information about a crime that has occurred or is about to occur. If the information provided solves or prevents a crime, the anonymous caller is eligible for a cash reward.

THEREFORE, BE IT RESOLVED:
That His Worship Mayor Rob Keffer and Members of Council proclaim January 2020 as CRIME STOPPERS MONTH in the Town of Bradford West Gwillimbury.

Kids get creative in the kitchen at the Library
Jan 16, 2020 10:00 AM
Comments
We welcome your feedback and encourage you to share your thoughts on this story. We ask that you be respectful of others and their points of view, refrain from personal attacks and stay on topic. To learn about our commenting policies and how we moderate, please read our Community Guidelines.