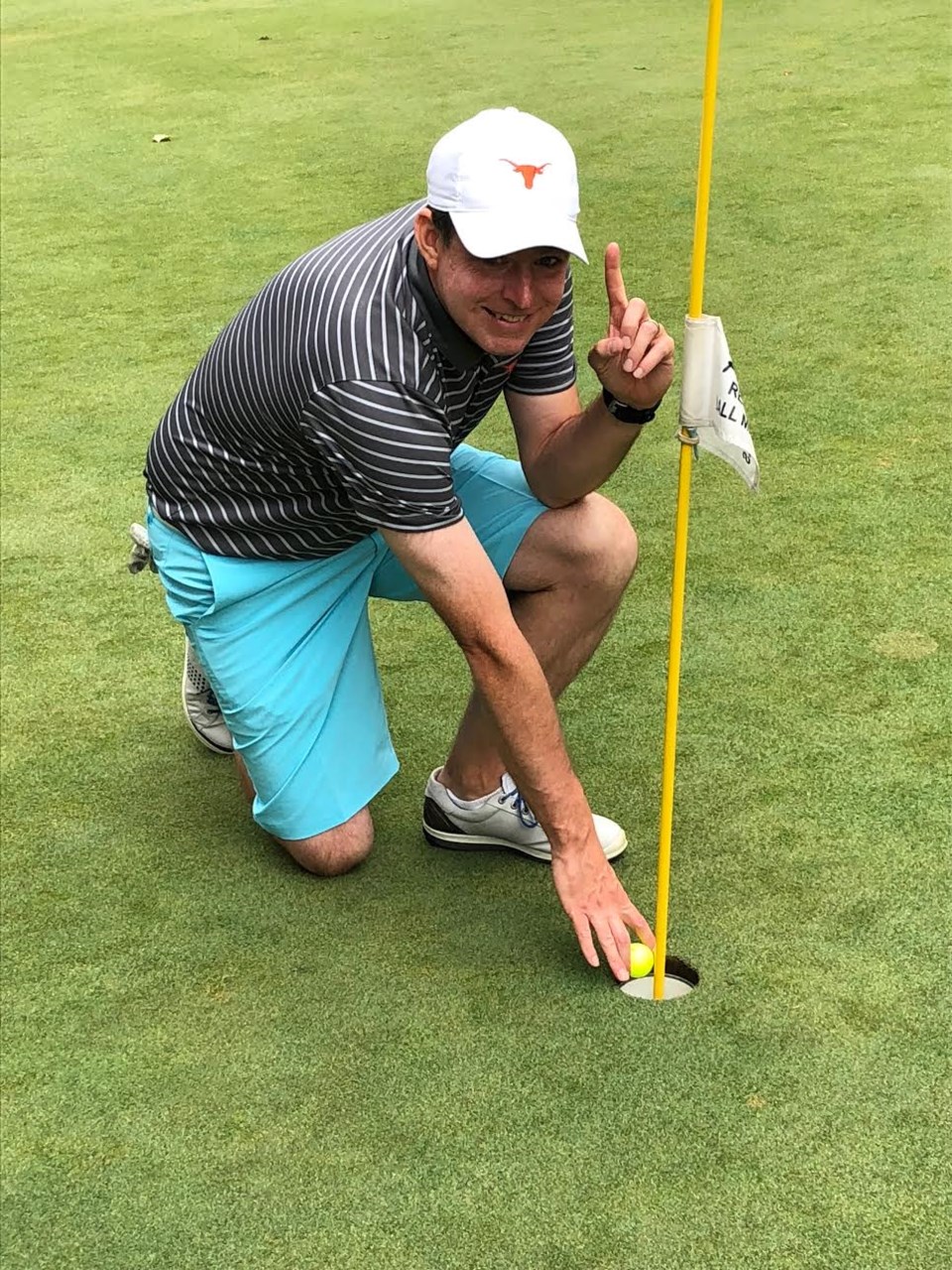 Bradford's Chris Duggan after his first hole-in-one, says this was one of his most memorable moments. Submitted Photo

Following your dreams and aspirations can be difficult at times. Chris Duggan, a 39-year-old retired intermediate teacher, is a perfect example of how life can change for the better when you follow your heart.

After attending Lakehead University from 1999 to 2003, Duggan acquired a long term occasional teaching contract with the York Catholic District School Board in Woodbridge. Soon after he became a full-time teacher and mainly taught Grades 7 and 8.

Spending the majority of his time in Woodbridge, Duggan coached a lot within and outside of his teaching role. He coached Grades 4 to 8 for the Silver Knights Basketball club for eight years, and volleyball at the school, an experience he considers to be one of the most fulfilling.

Duggan’s wife, Jessica Darmanin, worked for Maclean’s Magazine as a photographer and had a job with the Toronto Star’s online newspaper team. In 2014, the couple moved to Bradford and in 2015 she decided she wanted to switch paths and become a yoga instructor.

A few years later, Duggan realized he too needed a change.

In 2019, Duggan decided it was time to take a leap of faith and change careers.

Though the change was nerve-wracking, Duggan decided it was something he needed to do.

He now works at Bradford Highlands Golf Club, working in the pro shop, and supply teaches in the winter. This allows him to incorporate both his passions, golf and education, into his life.

“You should follow your dreams,” Duggan urged.
“You only have one shot at life, why do something you don't fully enjoy instead of something you want to do?”

He described the change like “Hitting a refresh button on life, and feeling young again” and says he still feels as though he is having fun. He also says it has given him time to commit to personal hobbies, such as curling, travelling and photography.

Duggan loves that he still gets to teach and be a mentor to others, but in a new way, and tries to make everyone’s experience with him a wonderful one.