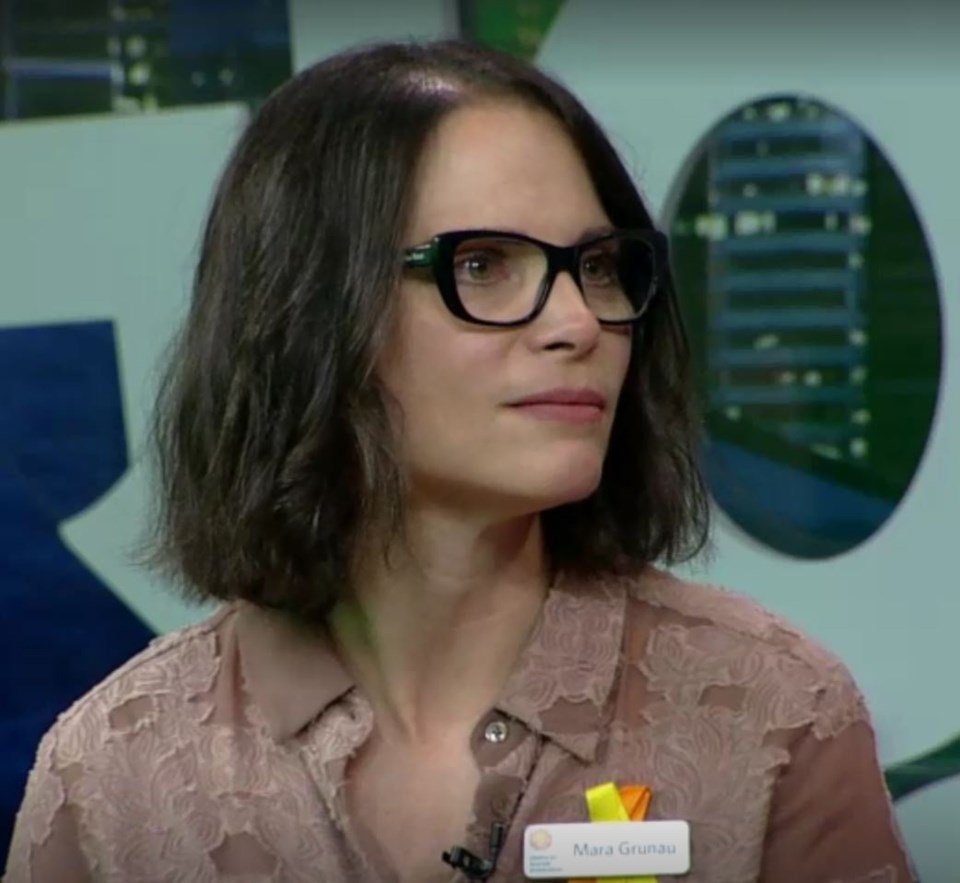 Suicide is never an easy topic to discuss, but having a national day to recognize its impacts can be a boon for those focusing on suicide prevention, says a Canadian expert.

“When we’re able to discuss a social issue is when we can bring light to an issue and sort of dispel some of the myths and start to attack the stigma around the issue,” said Mara Grunau, executive director of the Centre for Suicide Prevention.

“It’s an opportunity to engage in conversation. It’s hard to just strike up a conversation about suicide, but if the media is telling us this is the day that we’re recognizing it, it gives people an invitation to enter albeit an awkward conversation, but a purposeful conversation.”

Grunau told 680 CJOB that World Suicide Prevention Day, Sept. 10, is a way to bring a very sensitive issue to the forefront and make people aware of some of the resources out there – for both people who are suicidal and family members of those who have attempted suicide or taken their own lives.

“When a person is in a high-acuity situation, when they’re in a point of absolute crisis, they can’t see another way out. People at risk of suicide are in unfathomable amounts of psychological pain. All they want is out of the pain.

“When they get to the point of considering suicide, that means that is the only exit they can see. It’s the only way out of the pain. They don’t really want to die, they want the pain of living to end.”

In addition to the stigma of suicide and the impact of guilt and blame it can cause families, Grunau said there are a lot of misconceptions about suicide in Canada.

For example, the suicide rate might appear unchanged year-over-year, but that’s because suicides are notoriously under-reported.

“We might be making significant headway, but the number isn’t changing,” she said.

Demographically, people who take their own lives aren’t necessarily in the category many Canadians expect, either.

WATCH: Finding help for those in need on Suicide Prevention Day

“Middle-aged men make up our largest numbers, and that’s a surprise to a lot of people,” she said.

“We often think it’s teenagers… because there’s a lot of drama in those teenage years.”

The way men are socialized, she said, means they’re a “sleeper demographic” – they’re less likely to ask for help, less likely to disclose their suicidal feelings than a woman – and more likely to use lethal, violent methods, which means more of their suicide attempts are fatal.

Other demographics with high numbers tend to be some Indigenous communities, Inuit populations in Canada’s north and LGBTQ2 youth populations.

Suicide, however, can affect everyone.

“We do believe suicides are preventable,” said Grunau. “We believe recovery is possible for people wrestling with mental illness, and that includes suicidality.”

A person’s unique warning signs are identified as part of a safety plan – they are one of the 6 pillars of a safety plan. https://t.co/0qBujBFuUP #WSPD19 pic.twitter.com/4vYtUCJSzs

If you or someone you know is in crisis and needs help, resources are available. In case of an emergency, please call 911 for immediate help.

The Canadian Association for Suicide Prevention, Depression Hurts and Kids Help Phone 1-800-668-6868  all offer ways of getting help if you, or someone you know, may be suffering from mental health issues.

CANADA: Reconciliation through food
Jan 25, 2020 11:20 AM
Comments
We welcome your feedback and encourage you to share your thoughts on this story. We ask that you be respectful of others and their points of view, refrain from personal attacks and stay on topic. To learn about our commenting policies and how we moderate, please read our Community Guidelines.