The airline has made the commitment repeatedly during negotiations with the federal government over an aid package for the battered sector, Dias said
Mar 4, 2021 11:43 AM By: Canadian Press 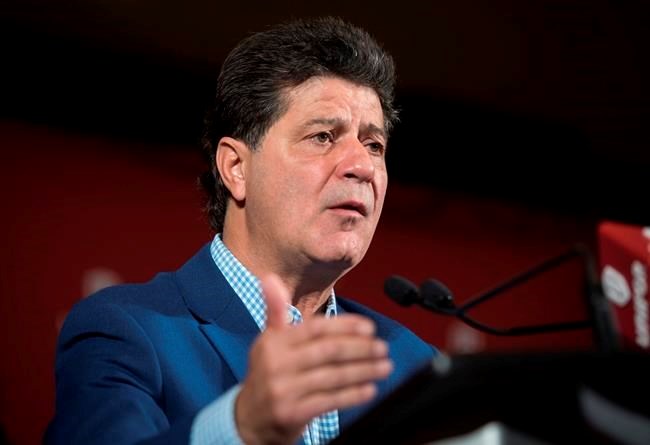 The airline has made the commitment repeatedly during negotiations with the federal government over an aid package for the battered sector, Dias said.

"I spoke to the CEO of Air Canada last night. So I know that this commitment has been made for quite a while."

Then-chief executive Calin Rovinescu said in November the airline would not hesitate to reimburse customers stuck with unused tickets if the conditions for a federal bailout were reasonable.

Dias said roughly 4,000 of the union's 15,000 aviation workers remain fully employed a year into the COVID-19 pandemic, lending urgency to discussions in Ottawa.

“We can’t get more urgent than now," he said.

"Frankly, getting a little frustrated hearing that it’s imminent, just around the corner. Like, it’s been a year — I’ve grown two beards since hearing this."

Air Canada said that "discussions are ongoing" but declined to comment on Dias's remarks.

The Finance Department did not respond immediately to questions about the refund commitment.

Ottawa has put reimbursement of travellers on the table as a key demand in exchange for financial relief for airlines, on top of asking carriers to maintain regional routes.

Air Canada posted a staggering $1.16 billion loss in the fourth quarter of 2020, a result that caps what Rovinescu called the bleakest year in aviation history.

"While there is no assurance at this stage that we will arrive at a definitive agreement on sector support, I am more optimistic on this front for the first time," Rovinescu said on a conference call with analysts Feb. 12, three days before he passed Air Canada's controls to new CEO Michael Rousseau.

Unifor and two pilot unions are calling for federal loans totalling $7 billion at one per cent interest over 10 years. Unifor is also asking Ottawa to waive a fuel tax for Canadian carriers and suspend additional landing and gate fees on passenger and cargo flights.

This report by The Canadian Press was first published March 4, 2021.