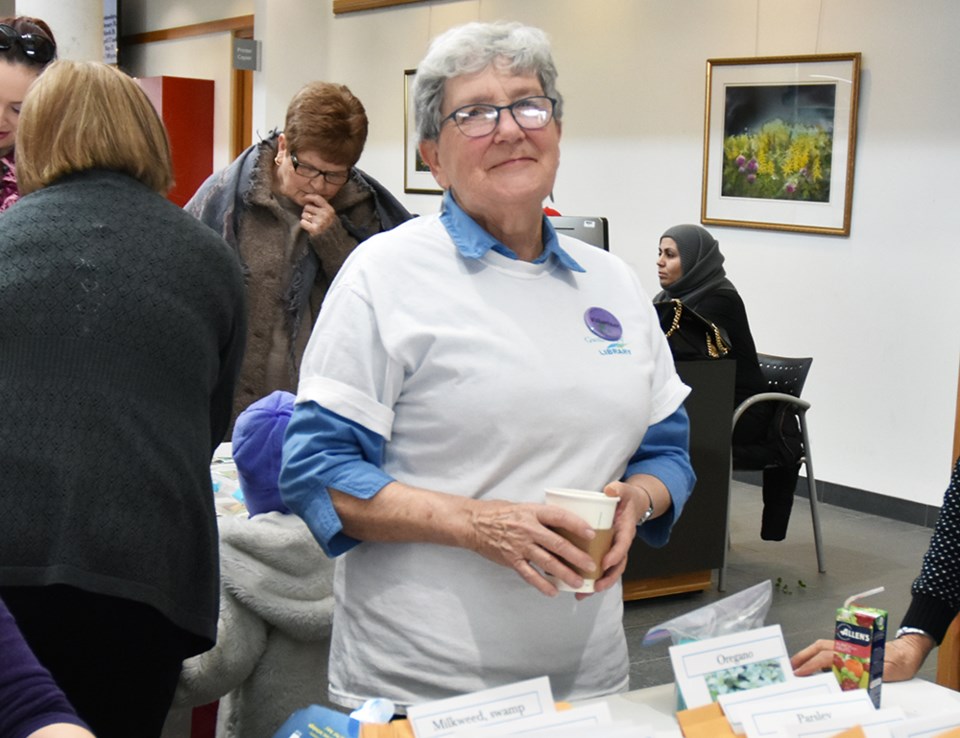 Stephen Lewis, former Canadian politician and ambassador to the United Nations during the 1980s, became the U.N. Special Envoy for HIV/Aids in Africa in 2001. When he founded the non-profit Stephen Lewis Foundation fighting HIV/AIDS in Africa in 2003, Jean Calder was watching.

And when the foundation reached out to Canadian grandmothers, through its Grandmothers to Grandmothers Campaign in 2006, she became involved.

“I’ve always followed what Stephen Lewis has done,” said Calder, a Bond Head area grandmother herself. “I knew when it was happening.”

As the foundation’s website notes, “In many countries throughout southern Africa, it is estimated that between 40-60 percent of orphans live in grandmother-headed households,” as a result of the devastating AIDS pandemic.

While the foundation itself works with and provides support to over 325 grassroots organizations in 15 African nations, from Botswana to Zimbabwe, Grandmothers to Grandmothers specifically invited Canadian women to raise funds for programs assisting those African grandmothers.

“We raise the money,” she explained. “It goes to the Stephen Lewis Foundation, right to the organizations in Africa. It empowers the women.”

She has been involved in the group’s annual Jewellery Sale in Alliston – “That’s been really, really successful,” she said – and other activities, from pasta suppers to setting up an information table at the Alliston Potato Fest.

But her best-known effort is the plant sale that she holds every spring, dividing and selling perennials from her own garden, and donating every penny to Grandmothers to Grandmothers.

The plant sales have drawn eager gardeners from across the region, happy to purchase native-grown and acclimatized plants for their own gardens.

Calder’s love of horticulture has expressed itself in other ways. Like her husband Milt, she is a volunteer at the BWG Public Library, involved not only in the Homebound Service that delivers and picks up library books for shut-ins, but also in the BWG Seed Library and ‘Seedy Saturday,’ a seed-sharing initiative launched last year.

She is a member of the Tec-We-Gwill Women’s Institute, has volunteered at the Helping Hand Food Bank, and is part of a group that makes Prayer Shawls at Bond Head United Church – warm knitted or crocheted shawls that are given to comfort anyone experiencing health or other issues, that come with a blessing from the ministry.

In recent weeks, the COVID-19 pandemic has shut down most activities. The library’s doors are closed; meetings of Grandmothers’ Embrace have been cancelled, although the group usually takes a break during the summer months anyway.

And Calder isn’t sure if she will be able to hold her annual plant sale.

Even so, she has found a way to continue to help out: she joined fellow seamstresses Cheryl Blair and Eleanor Watt, to make nearly two dozen hospital gowns for health care and frontline workers in long term care facilities.

Calder isn’t comfortable talking about her own volunteer efforts. For her, it’s more about being part of the team and the organizations that provide the opportunities to reach out and help others.

As she has said before, “It’s really nice to be able to do something to contribute.”

'It’s important to give back to the Veterans for what they did for us' says long-time Bradford resident, volunteer
Sep 24, 2020 1:00 PM

South Simcoe Auxiliary Officer recognized for outstanding achievements (5 photos)
Aug 27, 2020 1:00 PM
Comments
We welcome your feedback and encourage you to share your thoughts. We ask that you be respectful of others and their points of view, refrain from personal attacks and stay on topic. To learn about our commenting policies and how we moderate, please read our Community Guidelines.