Local grocery store owners give back to the community through donations and sponsorships
May 6, 2021 1:00 PM By: Jackie Kozak 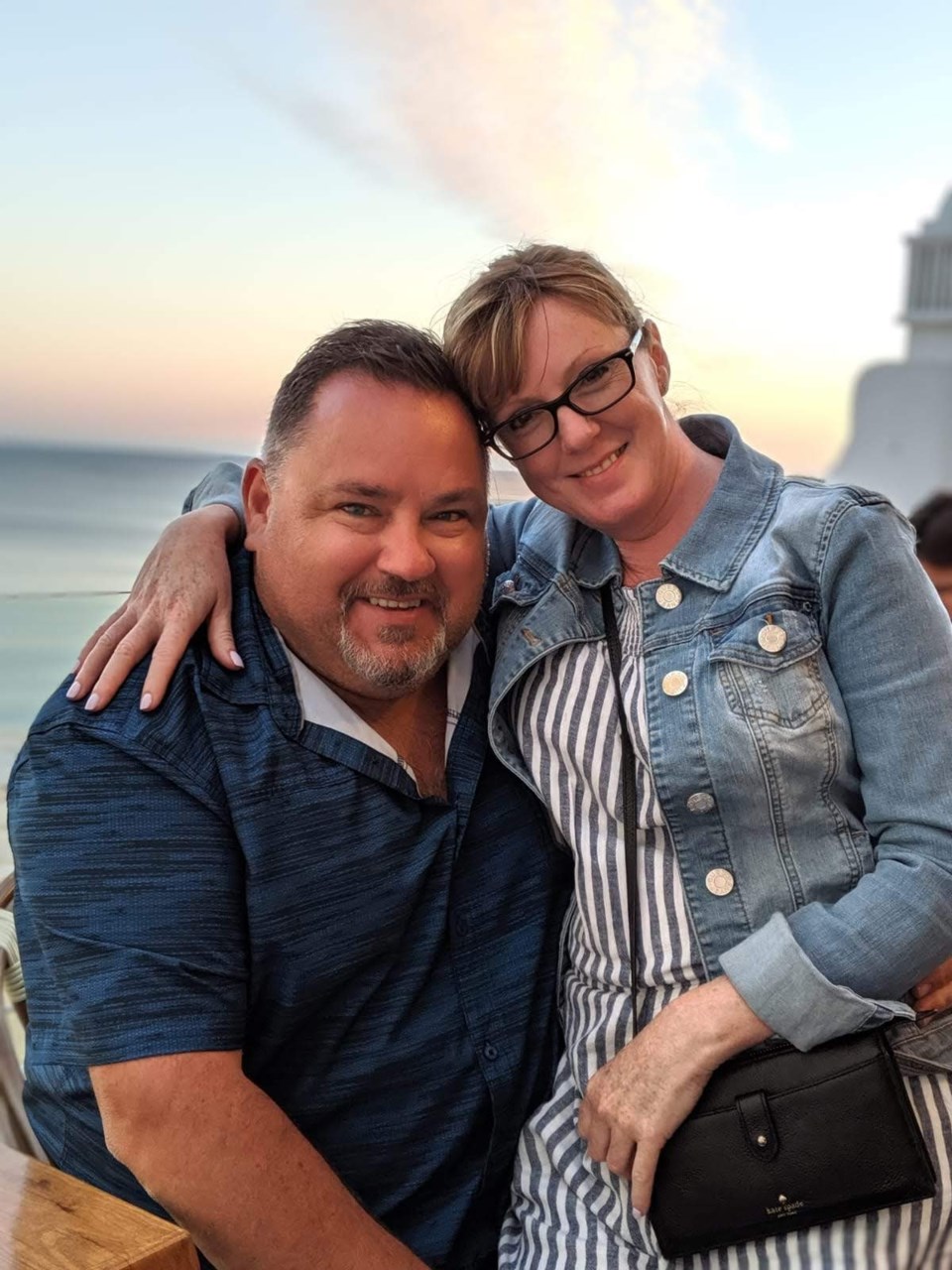 Dave and Kim Carew, owners of Sobey's in Bradford strive to give back to their community while providing residents with good quality food at a fair price. /photo submitted

All the way from the coast of Cape Breton, high school sweethearts Kim and Dave Carew brought their eastern neighbourly spirit to the Sobeys Bradford grocery store where they strive to give back to their local community through donations and initiatives.

Sobeys Bradford is a family-run business. This is the Carew’s eighth location with previous stores managed by Dave in Barrie, Newmarket, and Stratford.

Dave and Kim met in Cape Breton and moved to Ontario after graduating high school. Dave picked up a part time job sweeping floors and packing groceries at his first IGA store in Guelph (later re-branded as Sobeys). From there, Dave bounced around between stores for several years, staying with the company and working out of various stores, before coming  to the largest location in Barrie as store manager, while Kim worked for Sobeys in Alliston as the deli manager.

In 2003, Dave and Kim were offered the opportunity to become franchisees of the Sobeys Bradford location and the couple immediately jumped at the chance.

“We considered moving to Bradford but it would have meant uprooting our two boys yet again, so we decided against it,” notes Dave.

The couple’s boys – Tristan (30) and Logan (23) both work at the Sobeys Bradford location as managers and began working in the grocery industry with their parents as teenagers, working in various departments over the years.

“Both are great assets to the business,” says Dave. “Although working closely with family can have its moments, seeing our boys mature as adults has been a gift.”

Kim comes from a large family who still reside back home in Cape Breton, while Dave has a brother and sister who live in Ontario. The couple will have been married for 32 years this August.

“[Growing] up in Cape Breton in the early 80s in very small communities where everyone seemed to know everyone’s names, knew about the families, what their parents did for a living, it was that small,” reflects Dave. “Although that can have its downfalls at times, people also knew when their neighbours needed help or support. Our communities were very community-driven – the Legion, Ladies Auxiliary, Army and Navy Clubs and things like that made a huge impact – it's what we knew when we left Cape Breton.”

Over the years, Kim and Dave have supported many local organizations, charities, and fundraisers through the store such as MADD, Walk for Lupus, Big Bike with Heart & Stroke Foundation, Carrot Fest, and the Santa Claus parade. They also sponsor local minor soccer and hockey teams, and the Out of the Cold Café. The store also offers a chemistry scholarship through Bradford District High School.

This past Christmas, the store partnered with Smartway Trailers for a food drive in support of the Helping Hand Food Bank.

“It was very successful and we hope to continue that partnership,” says Dave. “We have done countless family-specific donations to help families in need as well as smaller one-time donations to smaller charities. We work with local schools when they require have specific requests or needs.”

Kim and Dave have also won the ‘Good Neighbour’ award from of the Town of Bradford, and Sobeys Bradford has won several internal awards such as ‘Store of the Year’ and several ‘Loss Prevention’ awards.

During the pandemic, most of the store’s focus has been giving back to the Helping Hand Food Bank, including collections directly at the registers during the Christmas holidays. Just last week, the couple donated over $1,000 in gift cards to the local food bank to be spent on ‘whatever they feel is in high demand’. The store has also made donations to ‘Lucy’s Place’ in Barrie during the pandemic.

“Sobeys, along with the communities they serve, have always been good to us and our family,” shares Dave. “Bradford welcomed us with open arms and we have tried to give back ever since as we believe in helping our neighbours  when they need it most.”