LETTER: Handling of outbreaks in long-term facilities 'deplorable' and 'heartbreaking'

Reader writes in expressing her frustrations over the handling of long-term care facilities throughout the pandemic
Jan 23, 2021 9:00 AM By: BradfordToday Staff 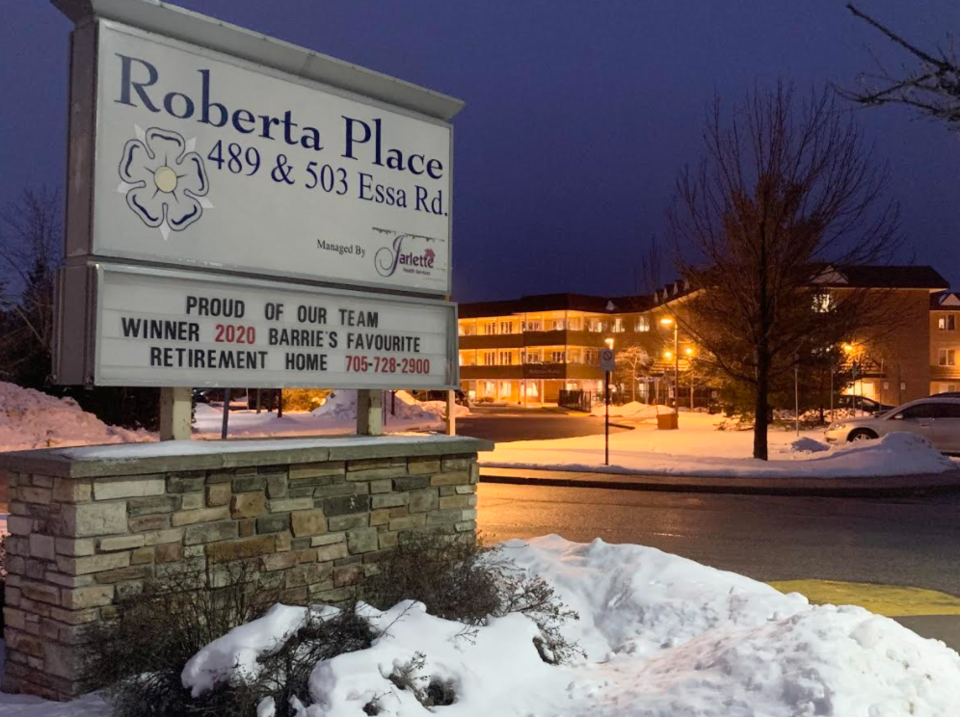 BradfordToday received the following letter from A. Cica regarding the outbreak at Roberta Place in Barrie.

To say that I am appalled would be an understatement.  While I know that anything touched by the bureaucracy of a government rarely works as well as it should, the way the outbreaks in Ontario long-term care facilities have been handled are nothing short of deplorable and heartbreaking.

I sit back and listen to the news reels like most others each day.  I hear the number of cases, deaths, use of hospital beds and those on ventilators being reported on each day.  What I don’t hear however, is how our government has done anything to address the issue of transmission in long-term care centres.  While COVID-19 has impacted others besides the elderly, if you were to look at the sheer numbers, a vast majority of those people have underlying health conditions.

Aside from them, the majority of cases rest with the elderly residing in long-term care.  When something as simple as this is known, I cannot begin to comprehend how our government - in coalition with the medical community - are unable to come up with a plan that protects these vulnerable people.  While I personally don’t have any friends or family in long-term care, I can tell you that if I did, heads would be rolling.

Most recently, Roberta Place - a long-term care home in Barrie – has confirmed a variant strain of COVID-19 which has infected nearly 200 people and killed 25 residents thus far.

Dr. Colin Lee – an associate medical officer of health for the Simcoe Muskoka District Health Unit and an infectious disease specialist - is quoted in an article from Jan 21, 2021, as saying: “I know they did everything they were told and recommended to do and despite that, within 48 hours we had 55 cases.”

According to the article, a staff member who had contact with someone who had travelled internationally led to 55 confirmed cases in the home in a span of 2 days.  Lee said the staff member followed all protocols. She was tested as part of the routine weekly testing, and once she experienced symptoms of illness, she self-isolated at home. Following her self-isolation, she received a positive test result. Her test swab is one of six that showed evidence of being a variant strain.

I want to stress that I am not medically trained, but I ask you fellow citizens, does this statement from an infectious disease expert sound right to you?  “I know they did everything they were told and recommended to do….”

If I was an employee of a long-term care facility where the most fragile in our society reside, would I perhaps consider not having contact with someone who had travelled internationally?

We all know about asymptomatic transmission and how there is also an incubation period.  You spent time with someone who travelled and then you went to work.  Lovely.  Even more alarming, based on the timelines, this appears to have been over the holidays.  All of us were asked to limit contact to those within our households.  Doctors and long-term care workers should be following this same advice.  This employee in my opinion should be charged and terminated.

The Simcoe Muskoka Health Unit should be ashamed of itself for allowing something like this to happen.  I also question whether the employee effectively used PPE.  While transmission is possible even in the best of times, you’re telling me that this person washed their hands, worse a mask and gown properly, and still the entire building was infected?  If this is the case, then why are the rest of us wearing masks as it obviously does not work.  More than likely, it was not worn properly.

I am sick and tired of medical professionals and the government telling me how to stop the spread.  Why don’t you stop the spread in the 626 long term care homes first before you shut the whole province down?  In my humbled and outraged opinion, the most recent lockdown has little to no effect where the issue of transmission matters, and that is within the long-term care homes in this province.

Shameful.  These deaths in the second half of the year were preventable.  Don’t blame the vaccine shipments.  Blame your process, blame your employees who are simply bringing in the virus and spreading it from room to room.  Blame yourselves.  Your actions are reprehensible.  Do not try to blame me and my fellow citizens who have no connection to long-term care homes and who are at home.

I said earlier that heads should be rolling.  I believed Doug Ford when he stood in front of the camera in a news conference months ago and said that this would be fixed.  Just like every other time a scathing news report comes out about the disgraceful state of long-term care homes, people quickly forget and it no longer becomes a headline.