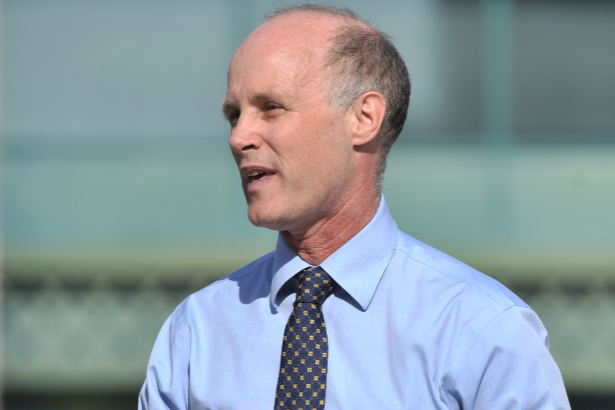 Overall, spending on health care is up a modest 1.6 per cent in the 2019 provincial budget – still below the rate of inflation – even while the province promises to cut $1 billion in health-care costs over the next three years.

The Ford government expects to save $350 million through the planned creation of its new health superagency, Ontario Health – amalgamating 20 existing organizations that include Local Health Integration Networks, and Cancer Care Ontario; and another $200 million through unspecified “optimizing workforce productivity.”

However, there are also plans to cut $200 million from the public health budget – a move that has raised red flags with some.

There are currently 35 public health units in Ontario, each governed by a Board of Health, that provide front-line services – including vaccinations, inspections of public kitchens in hospitals, universities and schools, monitoring of water quality and food safety, and tracking of communicable diseases.

The budget proposes “streamlining” the system to create 10 regional public health entities and 10 new regional Boards of Health “with a common governance model” by 2020-21. It also calls for a reduction in the number of laboratories – promising to “improve public health programs and back-office efficiency and sustainability while providing consistent high-quality services.”

The shift from 35 Boards of Health to 10 in just two years would be a “huge, disruptive change,” said Gardner, questioning how the boards could continue to fulfil their mandate, especially with less funding, and fewer laboratories.

“Our mandate is to prevent disease, and to protect and promote health."

Currently, the Simcoe Muskoka District Health Unit is involved in childhood immunization programs – “One of the greatest public health advances in our time” that has led to the control of formerly common and potentially deadly diseases, he said – as well as drinking water protection, inspection of small drinking water systems, monitoring of bacterial levels at beaches and in wells, and introduction of nutrition programs.

“We also do a lot of work in vector-borne diseases, like Lyme disease,” said Dr. Gardner, as well as West Nile Virus and rabies – monitoring and mapping the location of cases, and providing that information to family physicians.

Currently, the province funds 75 per cent of the cost of public health, which comes to $743 million each year, “so a $200 million reduction is quite substantial,” said Gardner. “That will indeed stretch us.”

He was also concerned about the proposed closures and cuts to laboratories, “which we depend on for our communicable disease response, and water-borne illness testing.”

The medical officer of health had praise for the province’s new dental plan for low-income seniors, a $90-million commitment over five years.

“We’ve been advocating for years for the province to take on dental care for low-income seniors,” said Gardner. “They deserve credit for that.”

But he wanted the province to think before making the planned cuts to public health.

“Public health is excellent value for the money. It gives a tremendous return on investment,” improving health outcomes, and reducing deaths and health costs, he said.

As an example, he noted that Ontario’s $500-million campaign to promote smoking cessation saved the province an estimated $5 billion in tobacco-related “death, disease and health-care costs.”

Gardner was sympathetic to the province’s desire for greater efficiencies, but he questioned whether larger super-boards would achieve that goal.

“It remains to be seen what that will do in terms of local access,” he said, and connections to municipalities.

Municipalities currently play a big role in public health, through their policies, infrastructure and bylaws, and the health boards work with those governments on everything from emergency preparedness and tobacco control, to social housing.

Whether those ties can be maintained – especially if municipalities are asked to pick up a bigger share of public health costs – remains to be seen, he said.

There was one other area of concern: the Ford government’s apparent fixation on alcohol.

The budget includes increased sales of beer and wine in local corner stores, an earlier start (9 a.m.) for alcohol sales in restaurants, use of alcohol in public spaces, and permission for “tailgate parties” in advance of sports games.

“Our board of health has long advocated for alcohol controls,” said Gardner. “Liberalizing access and use of alcohol works against that.”

He warned of increases in impaired driving, criminality and even deaths, suggesting, “any increased revenues from sales would be more than offset by those.”

A proposed 2.05 per cent increase in funding for hospitals has received cautious support.

“We are pleased to see additional funding for hospitals. We do not yet have details about what this will mean for Southlake specifically,” said Southlake Regional Health Centre President and CEO Arden Krystal.

“We are excited by the vision for transforming the health-care system announced by Minister (Christine) Elliott in February,” Krystal added. “These much-needed reforms will give us the ability to better partner with organizations in the community to provide patients and families with more connected care and seamless transitions across all parts of the healthcare system.”

The budget includes $267 million for home and community care, from personal support workers and assisted living, to therapy and nursing care, and more support for transitional care and partnerships.

“While engaging with patients and families for our Strategic Plan last year, we consistently heard that transitioning from one part of the health-care system to another can be difficult,” Krystal said, noting the Newmarket hospital has launched Southlake@home, providing an easier transition from hospital to home for patients, often elderly with complex needs, who require continuing care at home.

“This is an example of how better partnerships can have a real positive impact for patients and families.”