Bradford teen picks up two awards from the Ontario Karate Federation this past weekend
Feb 12, 2020 3:30 PM By: Natasha Philpott 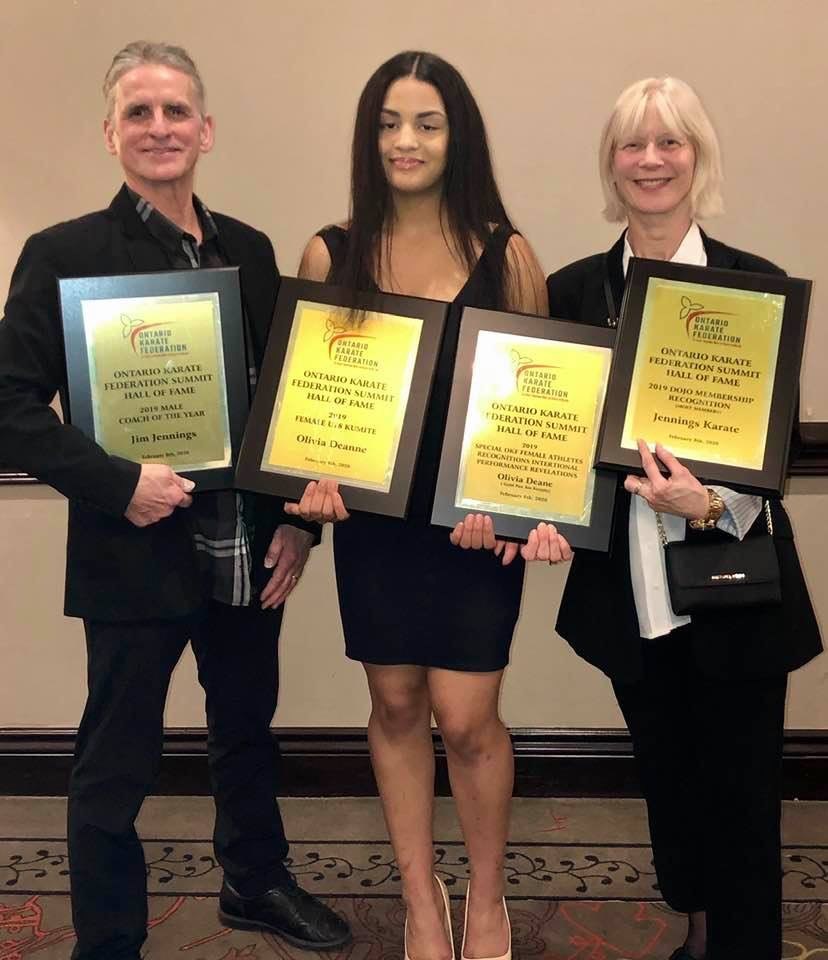 From left to right: Jim Jennings, Olivia Deane, and Trish Jennings, pose with their awards from the Ontario Karate Federation

This past summer, Deane won gold for Team Canada at the Junior Pan America Games in Ecuador for kumite karate.

Deane, 16, has been practicing with Jennings School of Karate for the past nine years.

Jennings School of Karate also picked up two awards: The 2019 DOJO Membership Recognition, and one awarded to Jim Jennings for Coach of The Year.

OPP now have the authority to close premises in violation of new gathering limits
Sep 25, 2020 6:45 PM
Comments
We welcome your feedback and encourage you to share your thoughts. We ask that you be respectful of others and their points of view, refrain from personal attacks and stay on topic. To learn about our commenting policies and how we moderate, please read our Community Guidelines.