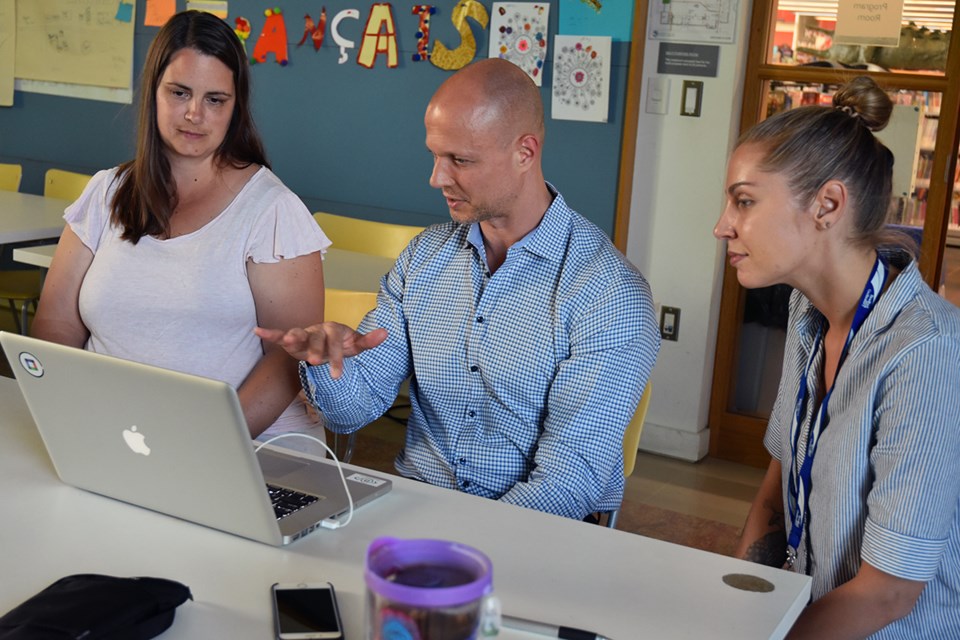 It has been called Canada’s biggest job gap: the need for S.T.E.M.-skilled workers.

S.T.E.M., which stands for science, technology, engineering, and mathematics, is also the focus of new initiatives being introduced into schools and libraries in an effort to create interest and engage youth in these vital fields.

The Bradford West Gwillimbury Public Library & Cultural Centre hopes to play a role, not only by offering S.T.E.M.-related programs this summer, but through the introduction of a new database available at no charge through the library.

STEM Village is a tried-and-tested database that provides kids from kindergarten to Grade 12 with an introduction to S.T.E.M. through videos, interactive games and challenges.

Some of the material reflects the curriculum and is based on grade level, and it is designed by teachers and supported by pop culture icons like astrophysicist Neil deGrasse Tyson.

Kids can start at any grade level, but there are no limits — following their own interests and abilities.

“They can go and go and go,” said Ciurria. “It’s great for kids who are super-excited about S.T.E.M. already, but also kids who are not excited, or who are behind in their studies… A way to engage them in science, technology, engineering and math, while secretly teaching them!”

She adds: “The topics are super interesting. Teachers can utilize the database through their school libraries without purchasing the database… and it’s excellent for homeschooling.”

The library hosted an introduction to STEM Village for parents on June 20.

Mark Applebaum was on-hand to explain how parents can set up a profile and an account for their children, through the library, and showed how easy it is to access and use the database.

Applebaum has a business degree and started his career as a teacher in a pre-business program. He became a consultant for a number of startups, including STEM Village, and spent 11 years in the corporate world working for Telus.

Now he is back with STEM Village, teaching the details of the database to those interested. “This is where my passion is. I started my career in teaching, and

I’ve come full circle,” he said. The company has been working with schools, and now with libraries, as community hubs — because, he said, “it takes a village.”

Applebaum noted that while science and math components are curriculum- and grade-based, the technology section is not. Everyone starts at the same point with basic digital literacy, learning to code, and web design.

It is the kind of learning that can eventually lead kids to build their own video games and create their own websites — impressive skills on a resume, he said.

But beyond technology, the topics include robotics, physics, chemistry, dinosaurs, biomechanics, and more.

Applebaum provided tips on getting, and keeping, kids engaged in the programs.

He encouraged parents to participate in setting up rewards and incentives — a promise of ice cream, say, once the child has earned a certain number of points.

“We find that kids who have rewards set up do four or five times better.”

He also urged parents to set aside a specific timeframe for STEM Village, at least initially — setting a day and a time each week for the kids to enter the database and work on the challenges.

“If they have a choice, they’re going to play video games,” Applebaum admits, “but they would way rather do this than something paper-based.”

Ask your child what he or she wants to be when they grow up, and the answer is likely to be a professional athlete or a dancer, “not things in high demand or things that the world needs,” Applebaum said.

A greater awareness of the opportunities in S.T.E.M. might shift their interest, he added.

It is not only the job gap in Canada and the potential for employment in S.T.E.M.-related fields, or a need to keep learning over the summer months, said Ciurria. STEM Village is also designed to entertain, engage parents who are free to take the challenges alongside their kids, overcome fears, and debunk myths.

“‘Girls aren’t math-minded.’ ‘Coding is for boys.’ This tries to get rid of some of that stuff,” said Ciurria. “We want to see more girls involved in S.T.E.M.”

There is no reason to feel intimidated by science, technology, engineering and math, she said. “All the resources are there!”

Pumpkin passion project turns into new business for Bradford mother-daughter duo (3 photos)
Sep 24, 2020 6:00 PM
Comments
We welcome your feedback and encourage you to share your thoughts. We ask that you be respectful of others and their points of view, refrain from personal attacks and stay on topic. To learn about our commenting policies and how we moderate, please read our Community Guidelines.