Bradford Valley Care Community launches project to use postcards to spark conversations with seniors who have memory issues
Nov 8, 2018 1:30 PM By: Jenni Dunning 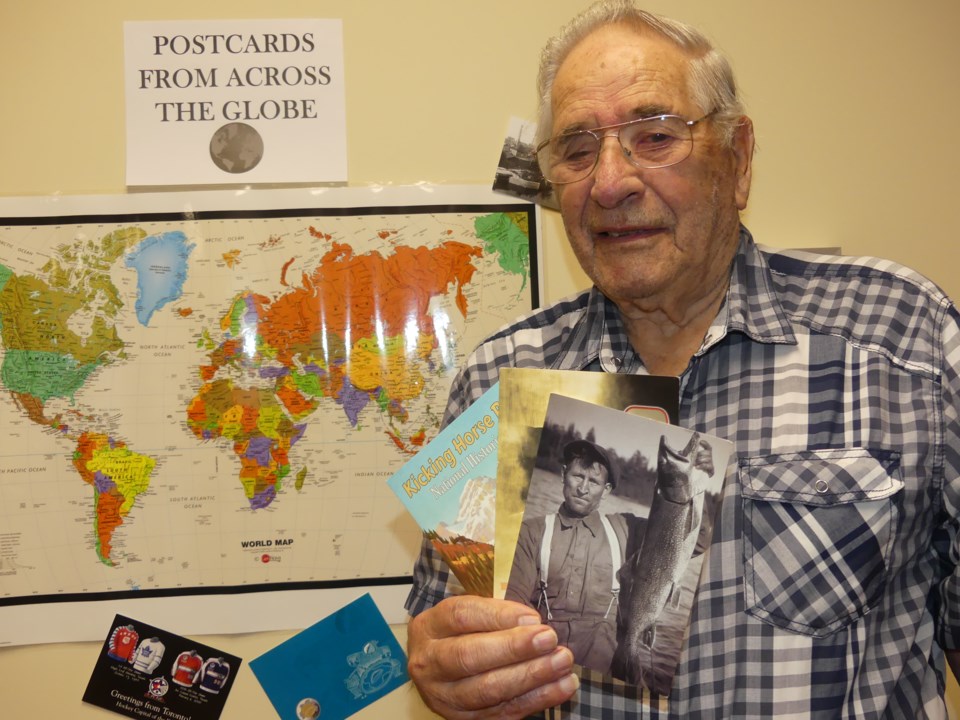 Bradford Valley Care Community resident Dennis Reed shows off some of the postcards the facility has received. Jenni Dunning/BradfordToday

Something as simple as a postcard can have a huge effect for a senior with memory issues, said Melissa English, recreation therapist at Bradford Valley Care Community.

And that is why the facility’s recreation department has started a postcard project — asking people to write postcards and send them there for use in group activities to start conversations and elicit old memories.

“It’s just endless to what kind of conversation a postcard can spark. We’re hoping through those basic little cues it’ll spark a memory or thought about where the location is (on the postcard),” said English.

“For people who are intimidated by looking for a way to give back, it doesn’t have to be a grand gesture. Even something like sending a postcard makes a world of a difference for someone receiving it on the other end.”

Since launching the project in mid-September, Bradford Valley has received a handful of postcards from around Ontario, such as Port Renfrew, Port Dover and Algonquin Park, and a few others from farther afield, such as Virginia.

The postcards often have images on the front that may be of interest in seniors — a black-and-white photo of a man fishing, or women at St. Jacobs Farmers’ Market.

These types of images “really bring forth what our residents’ lives were about,” English said.

The postcards will cycle between the eight different units within Bradford Valley, giving seniors in each area an opportunity to talk about the postcards and share memories. If a particular postcard resonates especially well with a senior, they can also keep it.

The project is open-ended, so the postcards are expected to be used for years, along with new ones that arrive.

Each postcard location is also put on a map for residents to see.

And for some Bradford Valley residents, the postcards serve another purpose.

“So many residents don’t receive mail. We bridge that gap for them,” English said. “We’re hoping it brings people together. There’s a sense of joy and wonder when you get something like this.”

Suggestions on what to include in postcard:

Where to mail a postcard: