Bradford singles get ready to mingle

Bradford is a growing community, with a population of just over 40,000 it’s apparent that more and more families are choosing to come reside north of the city.
Sep 3, 2019 3:31 PM By: Natasha Philpott 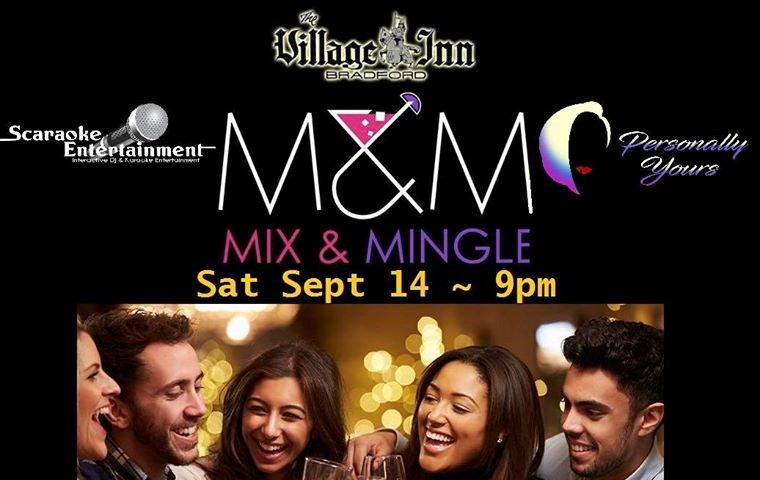 Singles get ready to mingle in this evening out. Submitted Photo.

Bradford is a growing community, with a population of just over 40,000 it’s apparent that more and more families are choosing to come reside north of the city.

There is no doubt that most of the population that chooses to live here are young families.

But what about those who don’t have a family, or a significant other? Where can they find people to connect with in town?

This is what has local resident and entertainment DJ, Jackie Kozak wondering.

As a local DJ, Kozak is familiar with the bar scenes in the area and one night at the Village Inn, as a joke, asked the audience who was lonely.

“Everyone, and I mean absolutely everyone put up their hand! I was surprised,” she said.

“People started talking to me and telling me how lonely they were, not just from a lack of a relationship but even from a friendship standpoint.”

This sparked the idea for her and her friend Natasha Leskiw’s latest event in Bradford called “M&M” short for Mix and Mingle, presented by their companies Scaraoke Entertainment and Personally Yours.

And the event is not  just for singles looking for a romantic relationship, she explained. It is also for anyone looking for friendship, like stay at home mothers who don’t get the opportunity to go out as often.

Or  for people who want to date but are not interested in the online dating scene.

“There’s always some little event that’s happening (in town) but most of them are children’s based,” explained Leskiw.

“When you live in a commuter town, not everyone has time to join a league or join a club (to meet new adults).”

The mixer event  is open to anyone in the Bradford area. There will be stickers made available to help others identify what it is they are looking for in terms of gender and relationship type.

It’s a no pressure social event with “no tickets, no fees, no expectations” said Leskiw.

The event will be held on Saturday Sept. 14th at 9 p.m. at the Village Inn at the four corners in downtown Bradford. There is no admission fee and guests must be 19+.