'While one hand of the government gives, the other hand so casually takes it away, and Lake Simcoe’s health hangs in the balance.'
Jun 16, 2021 7:00 PM By: BradfordToday Staff 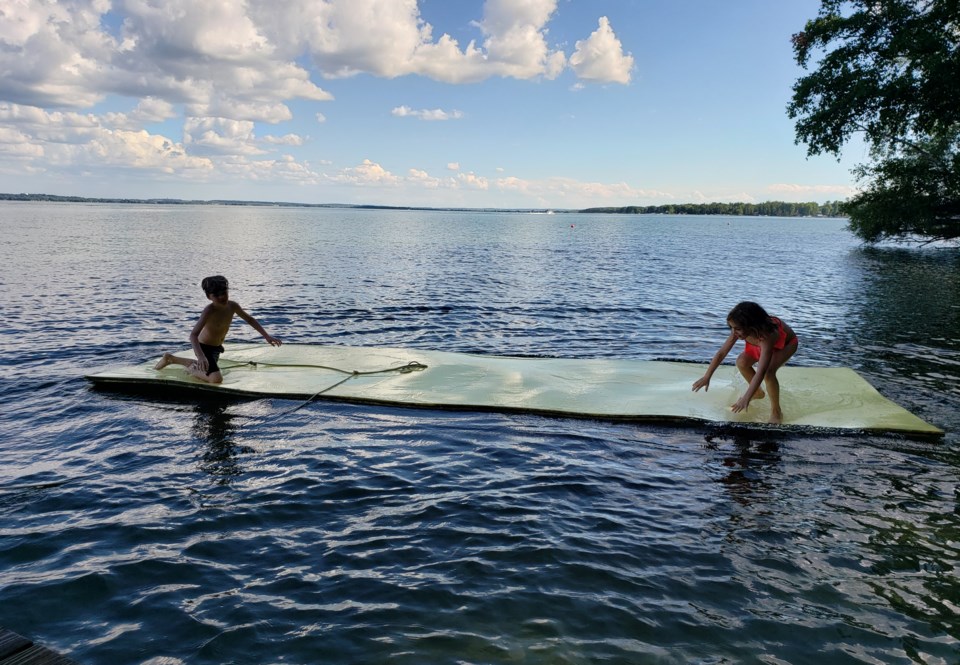 The health of Lake Simcoe is vital to not only people who rely on it and enjoy it today, but future generations, says the Rescue Lake Simcoe Coalition.

NEWS RELEASE
RESCUE LAKE SIMCOE COALITION
*************************
Today the province announced that it will add 360 hectares of the North Gwillimbury Forest, which is in Georgina near the southern shores of Lake Simcoe, to the Greenbelt, to be managed to and protected by the Lake Simcoe Region Conservation Authority.

The citizen-led fight to protect these lands has highlighted the importance of community organizing and local environmental non-governmental organizations. It was citizens, residents, and the North Gwillimbury Forest Alliance, and the Town of Georgina Mayor and some councillors, who recognized the importance of these wetlands to the Lake Simcoe watershed’s health, and who championed its protection.

In fact, due to this engagement and leadership by local elected representatives, including Councillor Dave Neeson, these lands were protected from development by a LPAT ruling at the end of 2019, after a protracted battle with the Lake Simcoe Conservation Authority and the DG Group, who were planning on building over 1000 units there.

We applaud all those involved for so many years to ensure that Lake Simcoe’s wetlands are properly valued and maintained, so that the health of the lake and its watershed can be restored and we can continue to count on it for generations to come.

Today, while MPP Mulroney and Minister Steve Clark proclaim the importance of Lake Simcoe and its health with this announcement, they are simultaneously ignoring the most important wetland in the watershed, the Holland Marsh wetland, which is slated to be the future home of a 16 km, 4-6 lane highway called the Bradford Bypass.

According to the (now over two-decades old and hopelessly outdated) Environmental Assessment (EA) for the Bradford Bypass, it will directly remove 22.1 hectares of higher quality woodlands, 17.1 hectares of Holland Marsh, 32.7 hectares of significant wildlife habitat, 190.37 high capability mineral soils and 154.3 active agricultural production lands, totalling a direct loss of 416.57 hectares of lands significant and important to the health of Lake Simcoe.

Of course, the impacts on these lands will extend far beyond the direct loss, as environmental studies completed almost 25 years ago demonstrated that there would be a larger impact via contamination of surface water, groundwater and air quality in the area.

So, it seems, while one hand of the government gives, the other hand so casually takes it away, and Lake Simcoe’s health hangs in the balance.

The recent announcements to study the Upper York Sewage Solution further, due to an outdated EA, and protecting the North Gwillimbury Forest and wetland, ring hollow so long as plans to plough a massive highway, through one of the most sensitive and ecologically important parts of the watershed remain. These plans will greatly increase access to lands owned by developers and enables more sprawl.

Commitment to the lake isn’t conditional upon political leanings or polling of issues. True commitment to Lake Simcoe means recognizing when governments are knowingly engaging in projects that will do harm and reconsidering those plans to make the media statements and sound bites actually mean something beyond superficial window dressing. To do so is also consistent with the Lake Simcoe Protection Plan.

We maintain our request for a new full provincial individual EA of the Bradford Bypass, a complete update to the 1997 EA, including an examination of alternatives to the highway, and an examination of need. We also would like a transparent review by the Federal government of endangered species and fisheries impacts.

We demand this not because we want to make shiny media statements or because we’re concerned with our polling, but because we follow the evidence and are true to our commitments to a healthy environment, healthy communities and a thriving Lake Simcoe.