Digital signs could be popping up in Bradford real soon 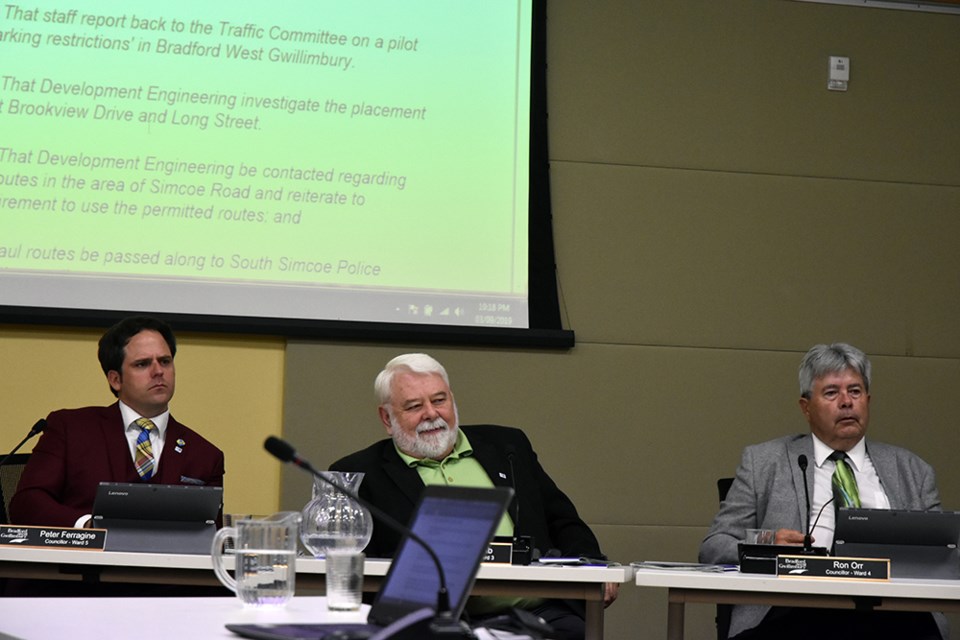 BWG council agreed to a variance of the sign by-law on Tuesday night.Miriam King/Bradford Today

At the council meeting on Sept. 3, Bradford building owner, Barry Snapper addressed council about amending the current sign by-laws to include digital advertisements, similar to the ones seen in downtown Toronto.

Snapper has been using billboard signs on the side of his building at 121 Bridge Street “since 1992 – since I purchased this building,” he explained on Tuesday.

Since the sign by-law wasn’t introduced until 2011, he called his signs a “non-conforming use.”
Snapper noted that the type of digital sign requested by the town initially was actually a “storefront” type sign, not the commercial billboard proposed.

All he was asking, he said, was to replace “paper signs” with a digital product. “I definitely think it will be beneficial.”

The signs on the building are from third party companies.

With the high volume of traffic flowing in from Newmarket onto Bridge Street, the sign would catch the eyes of many commuters.

“It will help me as a building owner to make a bit more income,” he said.

Staff noted that the proposed signage appears to be setting a precedent with 100 percent of the sign being moving copy.

The type of digital sign initially demanded by the town had only 50 percent moving signage, not 100 percent as Snapper proposed.

The proposed 10 foot by 15 foot digital sign would replace the current three paper signs that are currently on the building.

“I really want to support this because I think it’s fantastic and a good idea,” said Deputy Mayor James Leduc.

Mayor Rob Keffer agreed that digital signs are “the way of the future.”

Staff recommended that council grant a variance to allow the 100 percent moving digital sign, but suggested it would set a precedent.
By granting the variance, the town will receive additional revenue – a $278 Sign licence fee, $100 building permit fee, and a $800 Sign Variance Fee.

All of council voted in favour to approve the variance in the sign by-law.