Everything you need to know about Marsh Mash 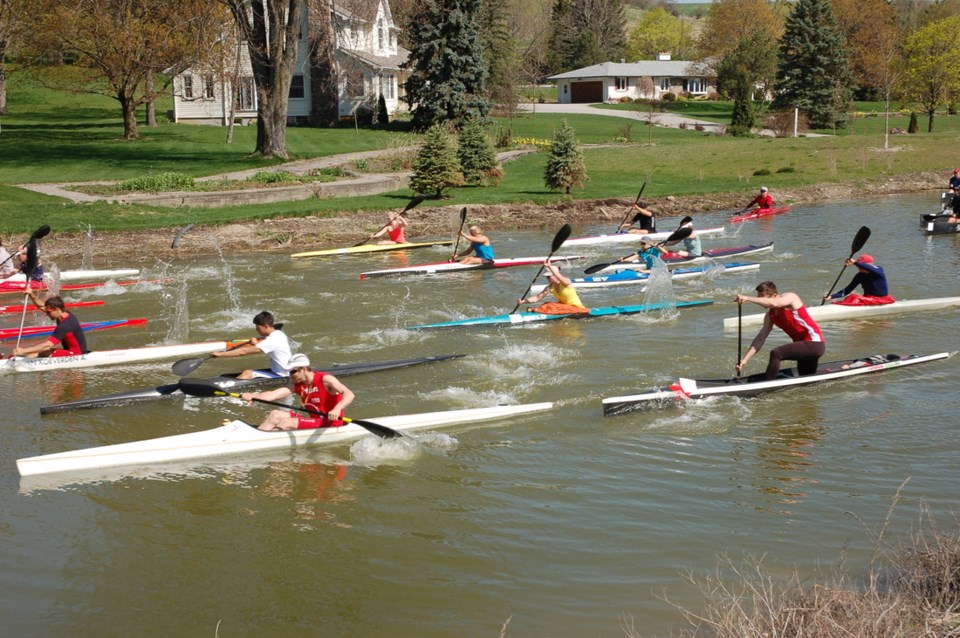 Marsh Mash has been taking place for 40 years, but not many Bradford West Gwillimbury residents know about it, said organizer Iain Craig.

With the Holland Marsh canal races taking place May 12 starting at 10 a.m., here is a by-the-numbers breakdown of what you need to know about Marsh Mash.

2.8: Metres is the average depth of the canal.

27.5: Length in kilometres of the Marsh Mash course. Canoeists, kayakers, stand-up paddle boarders and outrigger paddlers will take place in this year’s event.

5: Kilometres is one of the four race course lengths. The others are nine, 18 and 22 kilometres.

40: This year marks the 40th time Marsh Mash will take place in Bradford.

1979: The year of the first canoe and kayak race was organized by then-Bradford residents Janice Matichuck and Peter Puddicombe. They named the event Marsh Mash because paddlers would have to “mash” their ways through the canal’s weeds.

1985: A tornado ripped through the marsh, but the Holland Marsh Drainage Commission managed to clear the canal in time for the event.

2001: The start/finish area moved from the Portuguese Cultural Centre of Bradford to Westside Community Church at 1466 5 Sideroad.

2006: The race date was changed to May from later in the summer to avoid conflicts with an increasing number of dragon boat and outrigger races.

2007: Marsh Mash became a World Team qualifier event, meaning young kayakers who wanted to represent Canada at the World Marathon Canoe and Kayak Championships could compete for a position on the team by doing the 24-kilometre course.

One new COVID case in Simcoe County today
Aug 5, 2020 2:00 PM
Comments
We welcome your feedback and encourage you to share your thoughts. We ask that you be respectful of others and their points of view, refrain from personal attacks and stay on topic. To learn about our commenting policies and how we moderate, please read our Community Guidelines.