'I Can and I Did' inspires kids to believe in themselves 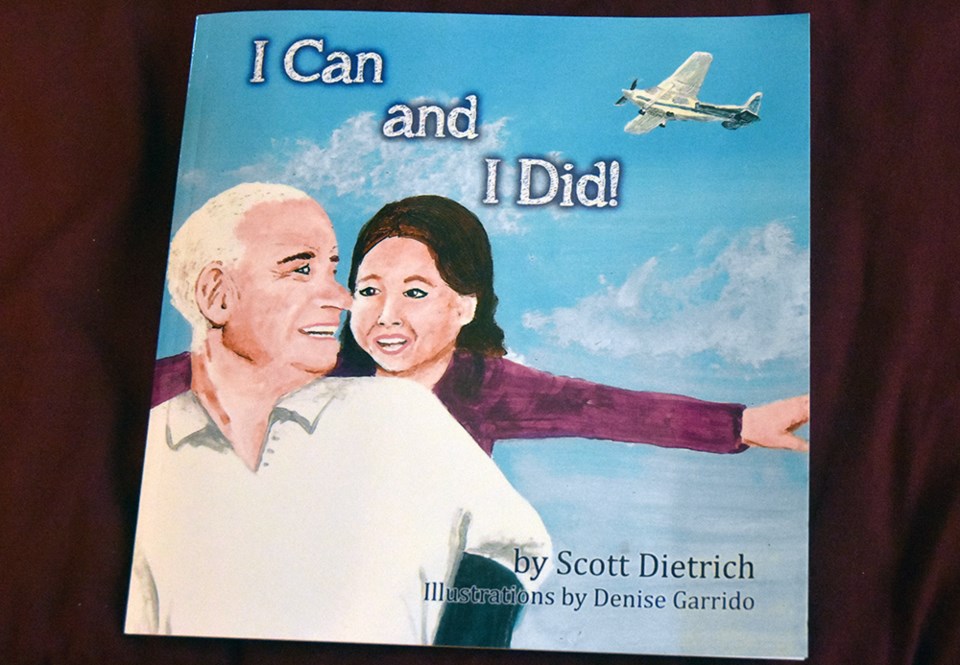 Scott Dietrich and Denise Garrido are a pretty inspiring couple.

She’s a beauty pageant winner – Miss Earth Canada 2008, Miss World Canada 2010, and now Mrs. Galaxy Canada – as well as a black belt in TaeKwon Do, and a scientist, with a degree from Laurentian University.

Together they have produced what Dietrich calls “a book about child empowerment, perseverance and belief in yourself.”

“I Can and I Did!” was written in 2012 by Dietrich - inspired by his own experiences in the classroom.

"I do teach a lot of magic classes, and I do have a lot of kids say, 'I can't do it'," he said - frustrated by the difficulty of their first magic trick. "That's when I stop the class, and tell them that there are two bad words  - 'can't' and 'never'."

Instead, Dietrich helps them to persevere and overcome the challenge, fostering what he calls "positive doubt... What else did I think I couldn't do, that I can?"

Henry Ford famously said, “Whether you think you can or you think you can’t, you’re right.” That's the basis of Dietrich's philosophy, and of the book "I Can and I Did!", a story about secrets, surprises, and unlimited possibilities.

Dietrich calls the book "a gift. It just kind of came to me." Written in just two hours, it's the story of Stephanie, who initially gives up on a math problem in frustration. "I can't!" she says - until her grandfather introduces her to Henry Ford's "secret." Not only does she solve the problem, with "Gramp's" help, she discovers that her grandfather is a pilot, and that she too can learn to fly, "but only if you believe you can."

Garrido did the illustrations, but she wasn’t Dietrich’s first choice. It was only when two other illustrators “bailed” on the project because they were too busy, and he was facing a deadline, that she came on board.

Garrido, who studied art in high school, created the wonderful illustrations and graphics in just four days. It was a classic example of the premise behind the book itself, noted Dietrich: If you think you can, you can.

The husband and wife team have brought their story – and positive message – to kids at libraries, and at shelters, like Blue Door Shelter's Leeder House in York Region.

They both volunteer at the monthly birthday party for kids at Leeder House. Dietrich performs his full birthday party magic show, and teaches the kids a magic trick or two. "At that point we go off on a different tangent, and go into the first part of the book," he says, reading the inspirational story to the children.

Full of wisdom and encouragement, but never preachy or contrived, “I Can and I Did!” makes kids aware of the magic of believing in themselves. Available from Amazon.ca or click here for more information.

Be merry this season by avoiding holiday scams: OPP
Dec 1, 2020 5:30 PM
Comments
We welcome your feedback and encourage you to share your thoughts. We ask that you be respectful of others and their points of view, refrain from personal attacks and stay on topic. To learn about our commenting policies and how we moderate, please read our Community Guidelines.