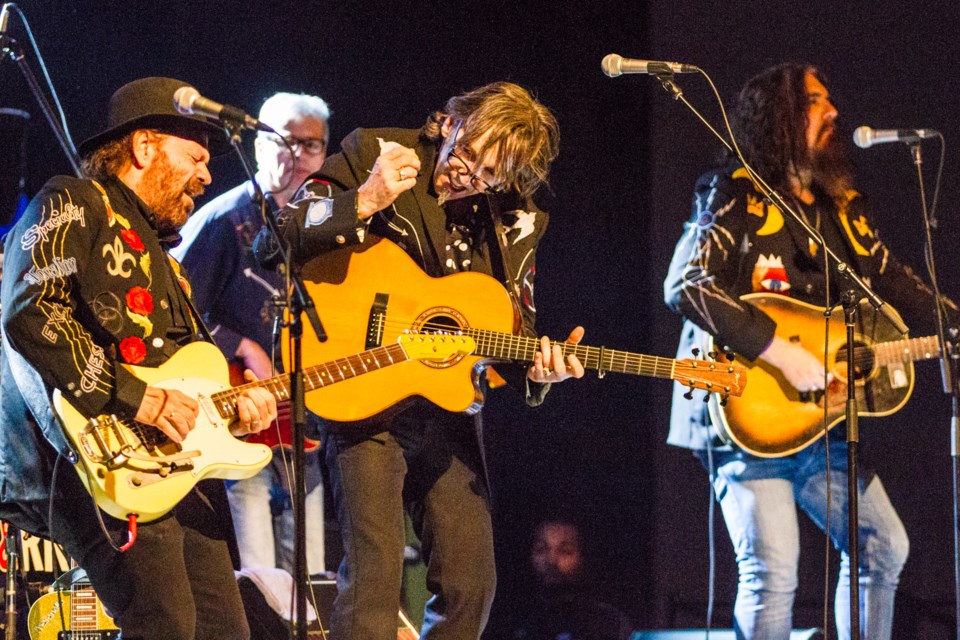 Blackie and the Rodeo Kings will be among the performers at Sunday's Mariposa Virtual Showcase. Donna Hopper/VillageMedia File Photo

NEWS RELEASE
MARIPOSA FOLK FOUNDATION
*************************
Mariposa Folk Festival is excited to announce that, although its 60th anniversary festival was cancelled this summer, it is bringing a taste of Mariposa to our loyal fans.

The stellar lineup for the Virtual Festival includes a “workshop” featuring The Small Glories, OKAN, and Mimi O’Bonsawin. Following the workshop, there will be two performances, featuring Blackie & The Rodeo Kings and This Way North. The Virtual Festival will be hosted by regular main stage host, and long-time friend of Mariposa -  Treasa Levasseur.

The Mariposa Virtual Stage will present this free, pre-recorded Virtual Festival as an online watch party on Mariposa’s Facebook page at 7 p.m. on July 5. The Concert will also be available as a link on Mariposa’s website shortly after the live launch: www.mariposafolk.com.

Mariposa Folk Foundation President, Pam Carter says, “We wish we could all be together in person at Tudhope Park this weekend, celebrating Mariposa’s 60th anniversary. But we are hopeful that this presentation of the Virtual Festival on the Mariposa Virtual Stage will give our patrons, sponsors, and volunteers a reason to sit back, listen to some fantastic music, and dream of returning to the Mariposa Folk Festival next summer.”

Audiences are encouraged to share their music-viewing experience using the hashtag #MariposaVirtualStage on social media.

About Mariposa Folk Festival
Canada’s most iconic music event, the Mariposa Folk Festival was first held in Orillia in 1961. It later moved to Toronto and other sites in Ontario until returning home in 2000 to Orillia. The three-day festival is a family-friendly celebration of song, story, dance and craft in the bucolic setting of Tudhope Park.   Over 60 artists play on 11 stages throughout the park including a pub stage, with outstanding evening main stage performances. Special areas for children’s activities, artisans, and food vendors make Mariposa a magical experience for people of all ages. For more information, visit www.mariposafolk.com.

Interest in local private schools rises amid pandemic worries
Aug 14, 2020 3:30 PM
Comments
We welcome your feedback and encourage you to share your thoughts. We ask that you be respectful of others and their points of view, refrain from personal attacks and stay on topic. To learn about our commenting policies and how we moderate, please read our Community Guidelines.