New air cadet squadron in Bradford getting ready to take off 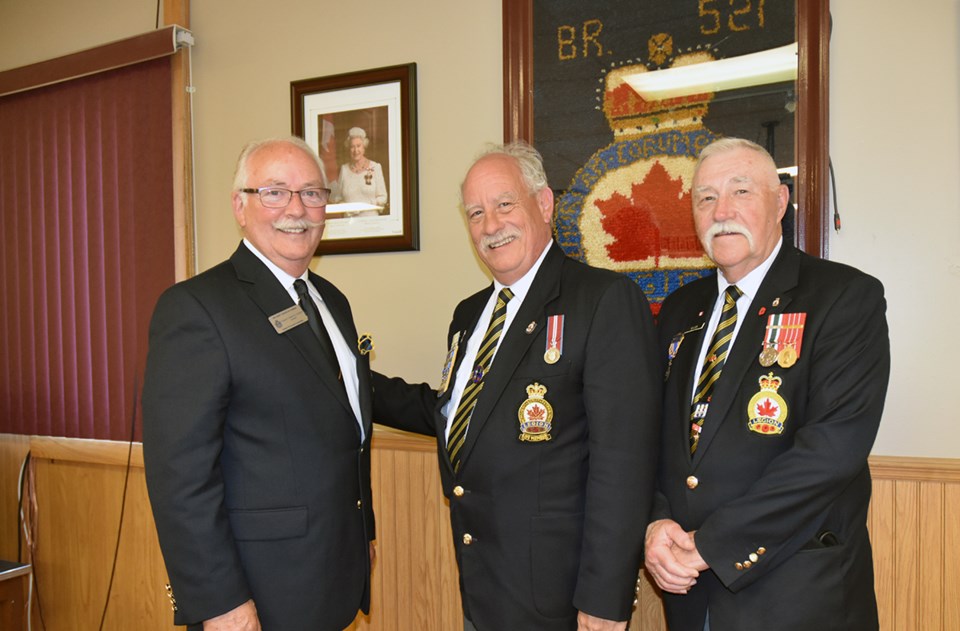 Sept. 22 is the official launch date of the new Orville Hand Royal Canadian Air Cadet Squadron in Bradford West Gwillimbury, and the level of interest has been unprecedented, according to local legion and cadets representatives.

“It is very unusual for any cadet squadron to start off with the amount of support they have received and will continue to receive,” said Ferguson Mobbs, of the Royal Canadian Air Cadets provincial committee. “It is extremely encouraging that they are receiving such wonderful support from the Town of Bradford West Gwillimbury.”

More than 45 youth between the ages of 12 and 18 have so far expressed interest in the new squadron.

There are four “seasoned, experienced, knowledgeable” officers and two civilian instructors who have stepped up to provide leadership and training, under commanding officer Maj. Stephen Case.

As well, the town has provided $5,000 in seed money to help launch the new squadron.

“The Town is behind us 100 per cent,” said Mike Giovanetti, president of the Royal Canadian Legion in Bradford.

What makes the cadets such a great group for youth is the introduction to military discipline and drill, and its primary focus on leadership and citizenship — and learning to fly.

“Are we training them to be military? No, we’re not,” Giovanetti said. “We teach them skills of the military, if they ever decide to go into it, but we teach them the leadership skills,” opening the doors to a variety of careers, including aviation.

“Our first objective is to create good Canadian citizens,” said Mobbs, noting that only five per cent to eight per cent of air cadets directly join the Canadian Armed Forces.

“They get the basics here. They get the training, the expertise, the knowledge and the leadership,” said Mobbs, noting that in one class of 22 retiring cadets — who reached the maximum age of 18 — all went on to college to study engineering and medicine.

For those who qualify, though, there is also the option of a full scholarship at the Royal Military College of Canada.

“(It’s) the top college in the world… and you have a job and commission when you finish,” said Giovanetti.

Added Mobbs: “There is no other program in the world that has the breadth of education that the Royal Canadian Air Cadets have.”

Among its alumni: astronaut Chris Hadfield, and Capt. Bob Pearson, the pilot who safely landed his 767 aircraft in Gimli, Man. after it ran out of fuel, using his gliding experience to bring the plane down.

“How amazing is that?” said Mobbs.

The air cadet squadron will meet Thursday evenings starting in September, from 6:30 p.m. to 9 p.m. at a Bradford high school.

A look at training and a band

Cadets will do drills, receive general military, leadership and citizenship training, and participate in activities in the community, including the annual poppy drive and Remembrance Day ceremonies.

They will also receive training in survival skills and air studies.

A field training exercise in bushcraft, or wilderness survival skills, has been scheduled at Canadian Forces Base Borden in November, said Mobbs, adding, “we already have a plan for gliding.”

Bradford cadets will also be eligible for flying scholarships for both glider and power flight.

While scholarship winners must pay for their own books, a cost of about $100, the power flight scholarship provides seven weeks of transportation, bed and board, instruction and flying hours that will lead to a pilot’s licence — a value of $36,000.

The icing on the cake? Cadets are paid $60 a week while attending classes.

Next summer, there will be opportunities to attend training centres at CFB Borden.

Mobbs is hoping enough of the new cadets will be interested in learning to play an instrument to establish a band.

“It’s the heart. The heart beats with the band,” said Mobbs. “That added dimension is so important.”

There are big plans for the September launch.

A new crest is being developed for the squadron that will feature the osprey.

There are plans for a parade along Holland and Bingham streets to the legion, and a ceremonial dinner that will be attended not only by local dignitaries but by Ontario’s Lt.-Gov. Elizabeth Dowdeswell and possibly Canada’s Gov.-Gen Julie Payette.

“It’s going to be one of the biggest openings ever,” said Mobbs. “This squadron is going to be starting like it’s shot out of a cannon.”

Best of all, though, is the name: Orville Hand was a Second World War veteran, a pilot in the Royal Canadian Air Force, and a huge supporter of the Bradford legion, which is known as the Orville Hand branch.

For more information, contact Mike Giovanetti or George Neilson at the Bradford legion at 905-775-5025.

BEYOND LOCAL: How to renovate your home without ruining your relationship
May 16, 2021 9:25 AM