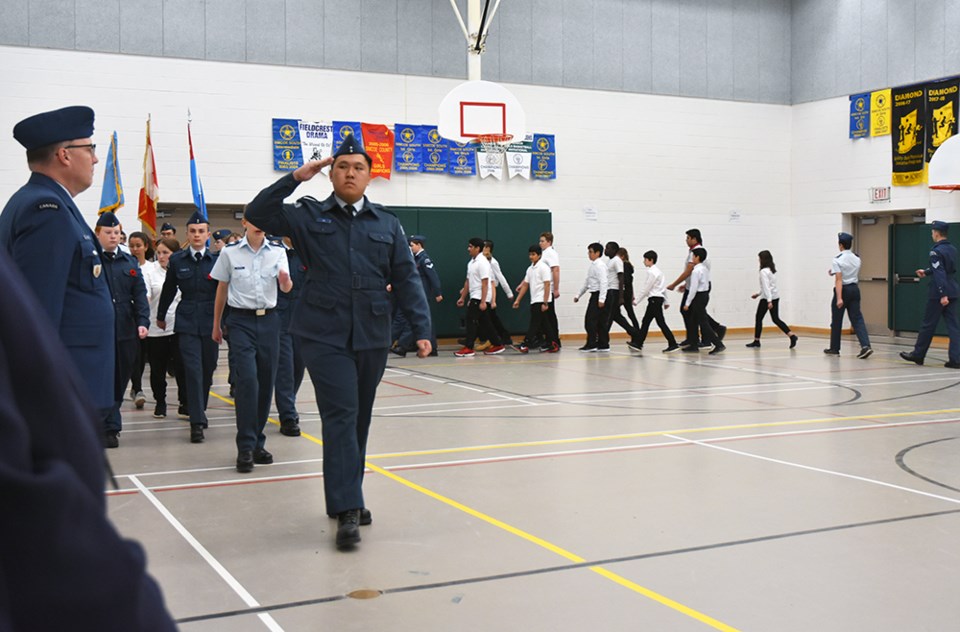 Lt.-Col (Retired) Ferguson Mobbs has taken his involvement in the Royal Canadian Air Cadets to a new level.

With the backing of the Ontario Provincial Committee of the Air Cadet League of Canada, and the co-operation of the Department of National Defence (DND), Mobbs has produced and directed a new one-hour documentary on the cadets – the first time since the 1950s that a professional-quality film has been made focussing on the air force-linked Air Cadets.

“It covers from the beginning of Air Cadets in 1941, right up to today. It’s taken us close to two years to do it,” Mobbs said. “There’ve only been two other movies done on Air Cadets, in 1954 and 1959. They were both professional. Ours is about today’s Air Cadets. It shows the diversity, and the excitement.”

The film, To Learn, To Serve, To Advance, is hosted by Jackie Perrin, broadcaster and Honorary Air Cadet, and features a special guest appearance by former Air Cadet, Commander (Ret.) Chris Hadfield.

The documentary explains the partnership between the Ontario Provincial Committee Air Cadet League of Canada and DND to support Canada’s nearly 26,000 Air Cadets – as well as the “Service before Self” attitude of the Cadet Instructors Cadre, and dedication of the 122 ‘Squadron Sponsoring Committees’ that provide financial and logistical support.

The 66-minute long film draws on archival materials, but also showcases what Canadian Air Cadets are doing today, from experiencing gliding and learning Avionics, to learning to play a musical instrument, to becoming part of a marching band.

“As the executive producer, co-writer and director, this documentary met with many challenges but in the long run, we were able to produce this one-of-a-kind historic production,” said Mobbs – providing insight into a world-class Canadian youth organization.

Mobbs, who lives in Bradford and has been instrumental in launching the new 37 Bradford Orville Hand Air Cadet Squadron, thanked all of the cadets, officers and members of the Ontario Provincial Committee who were involved in the film.

Showings of To Learn, To Serve, To Advance can be arranged through the Ontario Provincial Committee, Air Cadet League of Canada; call 1-800-513-0952. A viewing is being planned in Bradford, by the Bradford Squadron Sponsoring Committee. Watch for details.