Goldfish can grow up to 40 centimetres long and appear to be thriving in these man-made structures. Officials aren't yet sure what they're going to do about it
Aug 18, 2018 9:00 AM By: Miriam King 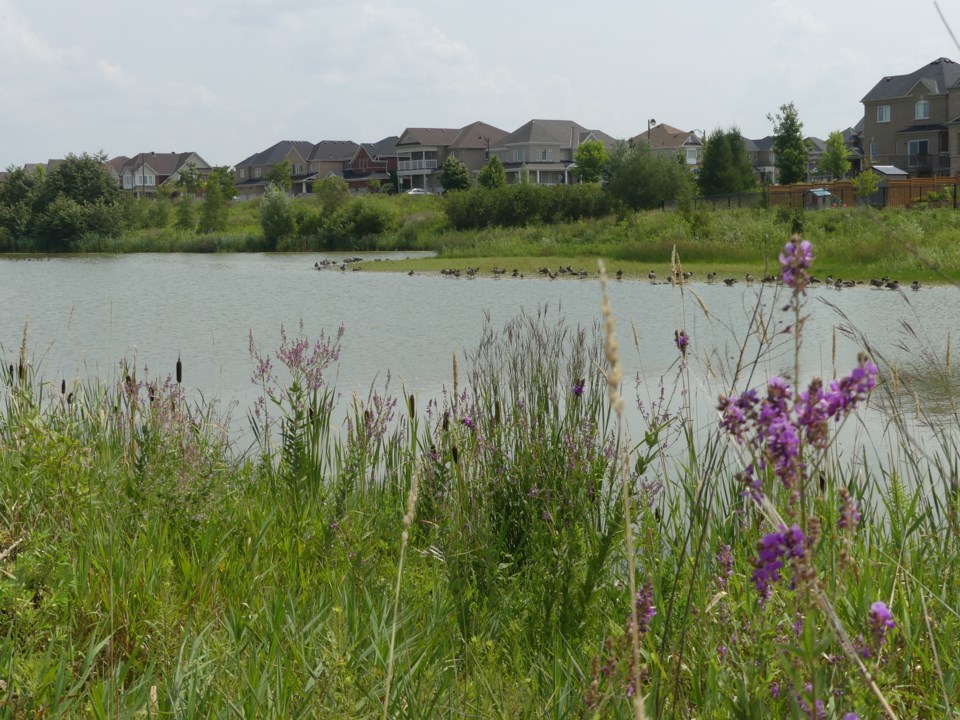 A stormwater pond off Langford Boulevard in Bradford West Gwillimbury. There are invasive goldfish in some of the town's stormwater ponds, according to Town of BWG staff. Jenni Dunning/BradfordToday