Town's new Official Plan will set framework for growth to 2031 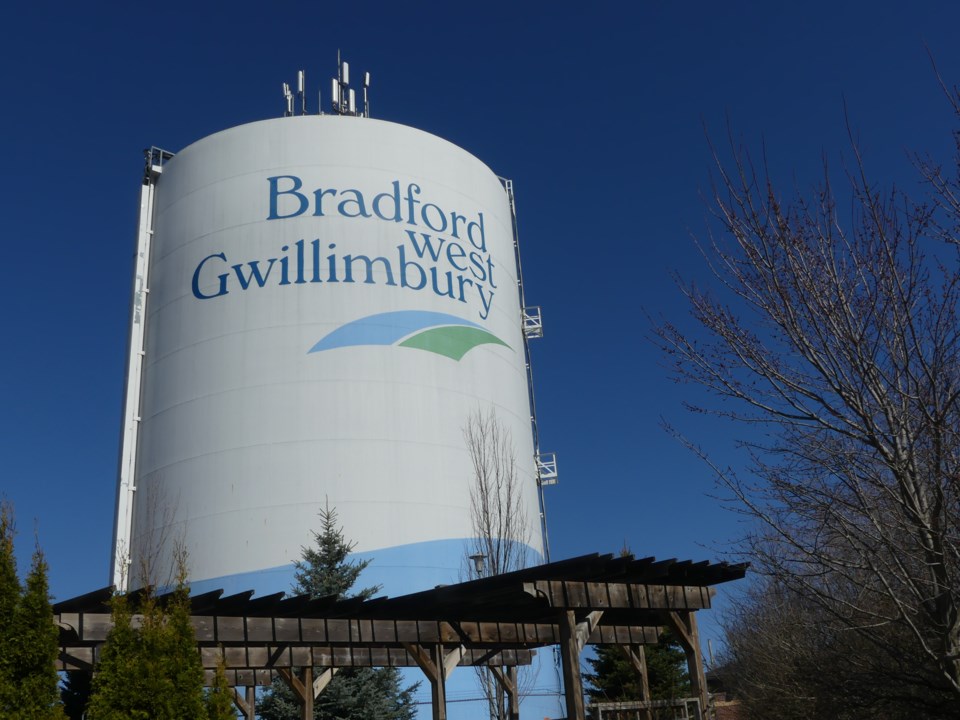 The Town of Bradford West Gwillimbury is nearing the end of an Official Plan Review process, updating the OP that was approved in 2002.

In Committee of the Whole on Feb.16, BWG councillors received an update and presentation of a draft Official Plan by consultants WSP, that will provide a planning framework for the municipality to the year 2031. The final draft brings to a close a process that began in 2016.

Bender noted that the consultants had received at least 16 comments, after a draft was released in December 2020 – most from developers and their planners, asking for site specific designations, expansions of the settlement area, severance of agricultural lands for residential uses, and clarification of some policies.

The consultants also received input from the County of Simcoe and Ministry of Municipal Affairs and Housing.

There were, Bender said, “no major issues that were identified.”

The draft was adjusted to provide clarification of some policies; a revision to the rural servicing policy, to allow for private communal service systems; and several other technical matters.

But there were no further changes proposed to the urban settlement boundary, with the consultants concluding that there is sufficient land within the current boundary to achieve the growth target of 50,500 people, 18,000 jobs, and 5,200 additional units of housing, by 2031.

In part, that will be made possible by higher densities, permitted in areas designated as Low Density and Medium Density Residential.

Medium Density Residential increases from 40 to 50 units per hectare.

The upper cap for High Density residential, formerly set at 75 units per hectare, has been removed to allow for more “flexibility.”

And the density within the newly-designated major transit area surrounding the Bradford GO Train Station is set at 150 units per hectare, to meet provincial policy.

Councillors expressed concerns over the higher densities included in the new OP.

Contois suggested the OP was “just trying to shove it into Bradford so that the densities are met... I’m not going to support this.”

Coun. Peter Dykie Jr. was also concerned about the higher densities, but supported the effort to keep the urban boundaries where they are.

“I don’t want to see us lose our golf course… I just don’t want to see us lose our community, the positive things we have in our community,” Dykie said, worried that older homes on large lots could be bought up for conversion to townhomes. He suggested future council would have “many challenges to deal with, as pressures become greater, with all the land we have surrounding the town.”

He was assured by Bender that the OP included a process to identify the appropriate areas for intensification.

Coun. Gary Lamb also supported maintaining the current urban boundaries, to preserve agricultural lands, but raised a different concern: how to get developers to comply with the vision for affordable housing and higher densities.

“I don’t see why we need to expand urban boundaries when we’re not finished within the town,” said Lamb. “That said, when someone does assemble a parcel of land within the urban boundary… what do they build first?”

Developers have always built single family detached homes first, “an easy sell,” he said – and then come back asking to convert lands designated for higher densities, to Low Density Residential. They are helped by the trend for those residents who move into the single detached homes to subsequently object to townhouses or apartments being constructed in their neighbourhood, no matter what is in the OP.

“We’ll be pressured to allow the types of buildings that sell easy, and then create problems for people in the future,” Lamb said, arguing that the OP should contain a ‘timeline’ for development.

“If I had my druthers, I’d build those apartment buildings first,” he said, suggesting that without some kind of pressure, the town will “never fulfil that obligation” to build apartments and affordable housing, but continue to see developers "build homes and then leave town.. I’ve seen it over and over and over, and nothing is changing.”

Deputy Mayor James Leduc insisted that the new OP does include policies, such as a 10 percent target for “attainable and affordable” housing, that will provide a mix of housing types.

“This does address a lot of your concerns in here… ‘Motherhood’ stuff,” said Leduc.

“To me that’s just an encouragement. To me, they don’t need to follow it,” said Sandhu. “Why is it just ‘encourage’ them?”

Bender agreed that the language in the OP could be strengthened, but noted, “We have yet to see a council that wants to put in “shall”.” Most, he said, prefer the flexibility of the looser language.

Coun. Contois also raised the issue of under-developed lands within the urban boundaries, and questioned how intensification targets can be met when properties like the lands at Professor Day Drive and Holland Street West remain vacant, or when areas like the transit hub around the GO station may not be developed for years.

“It may be 15-20 years before someone wants to invest that kind of money,” Contois said.

Bender said that the consultants have worked with staff to identify other properties that can service the projected growth, but acknowledged that densities might not be achieved.

Bottom line, he said, “We did the best we could based on input from staff.” If the growth targets aren’t reached, the next OP review,  in five years, can take a second look at the land supply.

“I think that we can be proud, as a council, that we have kept the urban boundary the same as it was in the last OP, and the development we have seen in the last year or two,” said Mayor Rob Keffer. He noted that a number of recent developments have largely been infilling of vacant lands, behind Sobeys and Canadian Tire in Bradford, and at the corner of Line 6 and Simcoe Road – locations that might not have been developed had the town expanded its settlement boundaries.

Keffer acknowledged that the 2022  Municipal Comprehensive Review by the County of Simcoe, looking at population growth allocation, will likely increase pressures on the town to expand its urban boundaries.

“Then we will have to decide which way our town will grow. We will have to grow out somewhat, and take up some land,” he said – a decision for the next council.

“I’m not opposed to opening the boundary in the future,” said Deputy Mayor James Leduc, who chaired the meeting. “There’s a lot of land here, and it’s strategic, that can be opened up in the future.”

He preferred expansion of the boundaries to increasing the densities within the urban area.

“We’re going to sardine them here,” Leduc said. “We’re going to have a lot of people screaming at us for all sorts of townhomes and semis,” pointing to the "touch unsightly townhomes” built on Moore Street as an example.

“We have saved the boundaries, but you know what? It’s going to be pressure for the next council. Somebody’s going to have to build them,” said the deputy mayor. “I don’t see developers as the big bad wolf… They are the largest economic driver in the country.

“Whether we like it or not we all have to live in a home, and homes have to get built.”

Leduc spoke in support of “proper growth,” and against sprawl, but suggested that protection of farmland was not critical. Citing “tons of farmland” in Brock and Cannington areas, Leduc said, “Farming has advanced… It’s not about eating up farmland, it’s about eating up some lands that are just not going to be farmed.”

A majority of council, in Committee of the Whole, voted to recommend approval of the draft. Only Coun. Contois and Deputy Mayor Leduc voted against.

The final draft will return for adoption by council at its next meeting, and then be forwarded to the county for approval. The county will have 120 days to approve, or the town can appeal to the Local Planning Appeals Tribunal (LPAT) unless the OP does not conform to the County OP.

“We’re pretty sure that it does,” said Bender, aligning with both county and provincial policies.