Freshman colts to debut at Georgian Downs this weekend 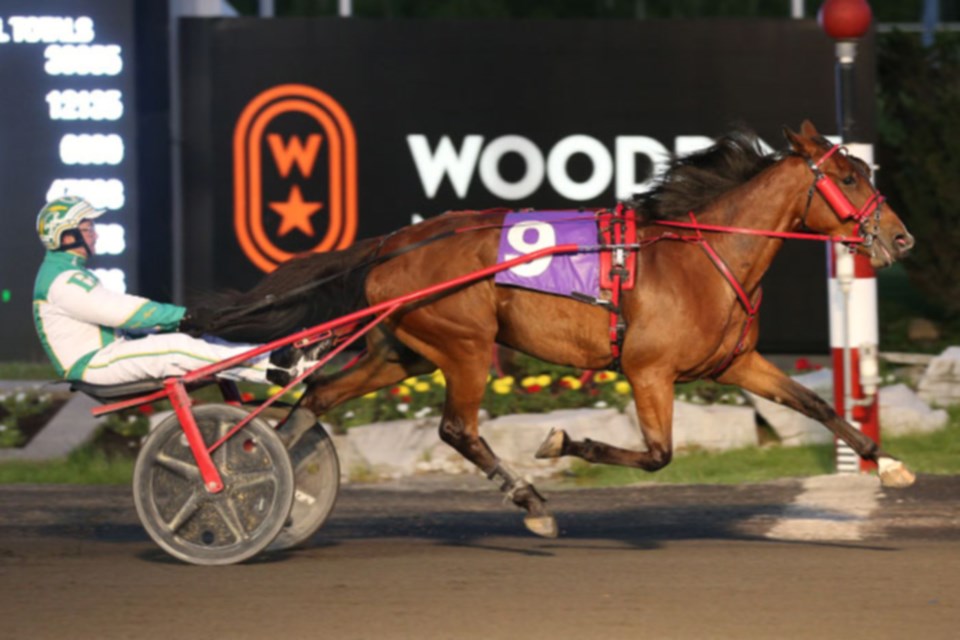 The trotters will battle in three Grassroots divisions, worth a total of $69,800, and local reinsman Stephen Byron will steer a colt in each split. The Thornton resident will guide Awsomedabra from Post 4 in the first division, Aussie Lover from Post 7 in the second and Dimante Vic from Post 2 in the third.

“Everybody is just learning and green, but they qualified well by their lines so that’s kind of good,” said Byron of his novice mounts.

Awsomedabra, a Kadabra colt owned by trainer Gary Lance of Port Perry, heads into Sunday’s test off a pair of steady qualifiers at Woodbine Mohawk Park and while Sunday will be Byron’s first opportunity to drive the colt he has seen him in action on several occasions.

“He’s had him over Georgian training and I’ve seen him go. He’s not a bad looking horse,” said Byron of Awsomedabra, who was a $45,000 purchase at last fall’s Lexington Selected Yearling Sale. “I kind of think they’re quite high on him, they like him.

“The other horse I am driving of Gino Cicero’s, that Aussie Lover, he’s been over here and I’ve schooled him a few times and then he raced here last week which will sure help his chances I think, just because he’s used to the place,” Byron added.

Melancthon resident Cicero owns and trains Angus Hall colt Aussie Lover, who was a $20,000 acquisition from the London Selected Yearling Sale. The colt finished fifth in his June 30 racing debut at Georgian Downs, trotting his own mile in 2:04.3. Aussie Lover also has a third-place finish in a June 22 qualifier at Woodbine Mohawk Park under his belt.

Like Byron’s other two mounts, Dimante Vic has been behind the starting gate twice, qualifying at Woodbine Mohawk Park on June 28 and July 2 for trainer John Bax of Campbellville and breeder Dave Hudson of Dallas, Texas.

“They say he’s good and steady too. I think he’s hoping that he progresses in the speed department, but they say he just trots all the time,” said Byron of the Muscle Mass colt.

Byron, who currently sits eleventh in the Ontario Sires Stakes driver’s standings, will appear in six of the 10 races on Sunday’s program, steering five trotters and two pacers.

“I’ve always enjoyed the trotters for some reason,” said the horseman. “A good pacer is a nice thing to have too, but a good trotter is a nice animal, that’s for sure.”

Sunday’s program gets under way at 6 pm and the freshman trotting colts will make their provincial debuts in Races 5, 7 and 9. Complete entries for the event can be found at https://standardbredcanada.ca/racing/entries/data/e0707geodfn.dat.

In addition to Sunday’s season opener, Georgian Downs will host two additional Grassroots events this summer, along with three Gold Series legs. A complete schedule is below and can also be found at http://www.ontariosiresstakes.com/schedule/schedule_loc.html#GEODF.