The main event will feature a submission match between Canadian Heavyweight Champion Cody Deaner against "Irish" Jake O'Reilly
0
May 4, 2019 6:00 PM By: CollingwoodToday Staff 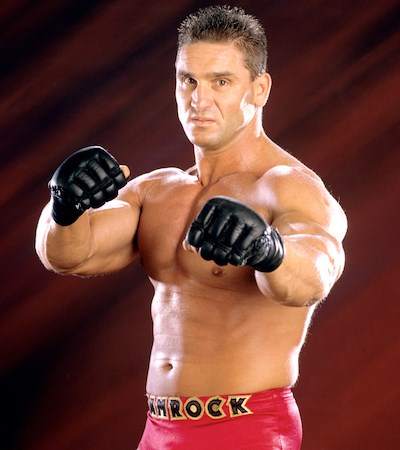 The annual event will feature a card of some of the top wrestlers in Ontario along with an appearance by legendary WWE (World Wrestling Entertainment) wrestler and Ultimate Fighting Championship (UFC) hall of famer Ken Shamrock.

Shamrock competed in the first UFC event in 1993 and was the first Superfight Champion of the promotion. In the 1990s, he was with the World Wrestling Federation competing against the likes of “Stone Cold” Steve Austin and the Rock.

The main event will feature a submission match between Canadian Heavyweight Champion Cody Deaner against “Irish” Jake O’Reilly. The winner must win by submission.

Deaner travels all across Canada as champion but said Collingwood is one of his favourite places to wrestle.

“The crowd is always so pumped up,” he said. “It’s always a big crowd and I feed off that energy.”

Deaner, who is known for beating opponents with the DDT, recently signed with Impact Wrestling, a company that is broadcast around the world. He is no stranger to his opponent O’Reilly, who has a submission background, but the champion says he has a few tricks up his sleeve.

“I’ve been getting a few tips from a certain former UFC champion and O’Reilly better be ready,” he said.

He said fans can expect an action-packed night that’s suitable for all ages.

“The thing I love about Rock Solid Wrestling is it is 100 per cent family friendly,” he said. “I love being able to look out into the crowd and seeing kids, parents and grandparents all sitting together and enjoying the show.”

“When Rock Solid Wrestling comes into a community, we give back to the community,” Deaner said. “The relationship with Special Olympics is an important one. I have so much respect for these athletes and being able to help them, in some small way, achieve their dreams is something I’m thrilled to be a part of.”

VIP tickets are $20, general admission are $15. Tickets can be purchased at Play it Again Sports and Boston Pizza in Collingwood or Mini Major’s Pharmacy in Wasaga Beach or online at rocksolidwrestling.tickit.ca.