'It's more than just a fish:' Scientists worry cod will never come back in N.L.

ST. JOHN'S, N.L. — The latest assessment of Atlantic cod stocks, whose collapse crushed the economy of Newfoundland and Labrador, has scientists worried the species will never recover without drastic change within the federal Fisheries Department.
Apr 18, 2021 7:00 AM By: Canadian Press 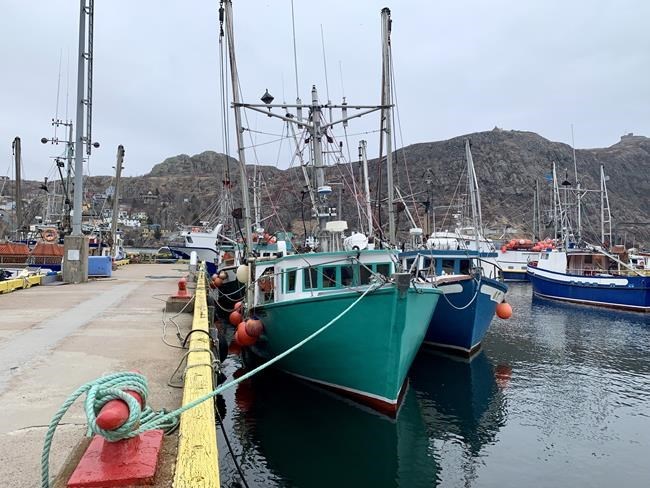 ST. JOHN'S, N.L. — The latest assessment of Atlantic cod stocks, whose collapse crushed the economy of Newfoundland and Labrador, has scientists worried the species will never recover without drastic change within the federal Fisheries Department.

The federal government report shows the stock continues to cling for life in what officials classify as the critical zone, meaning "serious harm is occurring to the stock." Population growth has been stagnant since 2017, the document says.

"Next year will be 30 years since the original moratorium on this stock," said Robert Rangeley a marine biologist and director of science with Oceana Canada, a non-profit group aimed at protecting the country's oceans. "It's time to do something different."

Atlantic cod in the waters off Newfoundland's northeast coast have been in the critical zone since the early 1990s, shortly before the federal government in 1992 announced a sweeping moratorium on fishing the species, instantly eliminating a traditional livelihood for about 30,000 people.

There's now a small commercial cod fishery, known as the "stewardship" fishery, with catch limits set at a fraction of the hundreds of thousands of tonnes landed in the late 1980s. The Fisheries Department's latest stock assessment, released this month, recommends a maximum catch of 12,999 tonnes in this summer's fishery. That's up from 12,350 tonnes in the two previous years. In 2018, it was 9,500 tonnes.

Oceana says that is too high and is calling for this year's maximum removal to be set at 9,500 tonnes. A "more sustainable level" would be 5,000 tonnes, the level at which the species last showed significant growth, the group says.

Asking for less cod fishing in Newfoundland and Labrador is complicated, Rangeley acknowledged. “It's social, it's emotional, it's cultural,” he said in a recent interview from Nova Scotia. “But we need to follow the best available science and stick to it for a few years and allow the stocks ... a chance to rebuild.”

Scientists and fish harvesters are used to butting heads over the state of the cod stock, and this year is no exception. But both sides would like Ottawa to heavily revise the long-anticipated cod rebuilding plan it released quietly in late December. The plan's harvest rules determined this year's maximum removals."It's a plan for fishing," Rangeley said. "And we can't fish our way out of this debt." He said the plan ignores the latest science, sets no timelines and lays out only interim goals for lifting the species out of the critical zone. There are always commercial pressures on fisheries management and it's up to the Fisheries Department to plan for future generations by keeping removals low now, he said.

Keith Sullivan, president of the province's Food Fish and Allied Workers Union, disagrees. He said the threshold for the critical zone is too high and the stock is in far better shape than the numbers let on. "Harvesters in most areas are seeing more cod now than they ever see seen in their entire lives," he said in a recent interview, adding that he feels the rebuilding plan keeps removal levels extremely low.

"We want to rebuild our communities at the same time we rebuild the stock," he said.

His sentiments are echoed in the town of New Perlican, known for its speckling of brightly coloured fishing sheds along the harbour, each with a dock in front of it.

Before the moratorium, there’d be a boat at every dock during cod season, said Shelley Burrage, the town clerk. Her father was a cod fisherman, until the moratorium, she said. When she was in high school, she'd get a part-time licence, too, just to help out.

When harvesters push back against catch limits, "they're fighting for their heritage, for their right to do this," she said. "It's more than just a fish."

Dalhousie University biologist Jeffrey Hutchings says he understands that very well. "But one also has to ask the question ... do we want to rebuild, or do we just want a small piddling fishery?" he asked in a recent interview.

Hutchings points out that at its core, the Fisheries Department has to decide what its priorities are. The current iteration of the department was established in the late 1970s, before any major environmental disasters like the cod collapse, he said. "The department was really ... an economic department," he said in a recent interview. "It wasn't there for conservation or long-term thinking."

Canada's oceans have changed since then, and it may be time for the department to change, too, he said.

The Fisheries Department declined a request for an interview to address criticism that it needs a greater focus on conservation. In an emailed statement, spokesperson Carole Saindon said the department's management and conservation decisions are informed by a number of factors, "including science and socio-economic considerations that take into account the well-being of coastal and Indigenous communities."

Saindon added that the federal government has made "tremendous advances" in ocean protection in recent years. "As of 2015, less than one per cent of our oceans were protected, compared to nearly 14 per cent today," the statement said.

This report by The Canadian Press was first published April 18, 2021.