Bradford Academy of Music teaching the next generation of musicians

26-year-old Tyler Tossounian loves teaching the "next generation of Bradford Music Academy" after acquiring the 30+ year old business two and a half years ago
Jan 15, 2020 10:30 AM By: Natasha Philpott 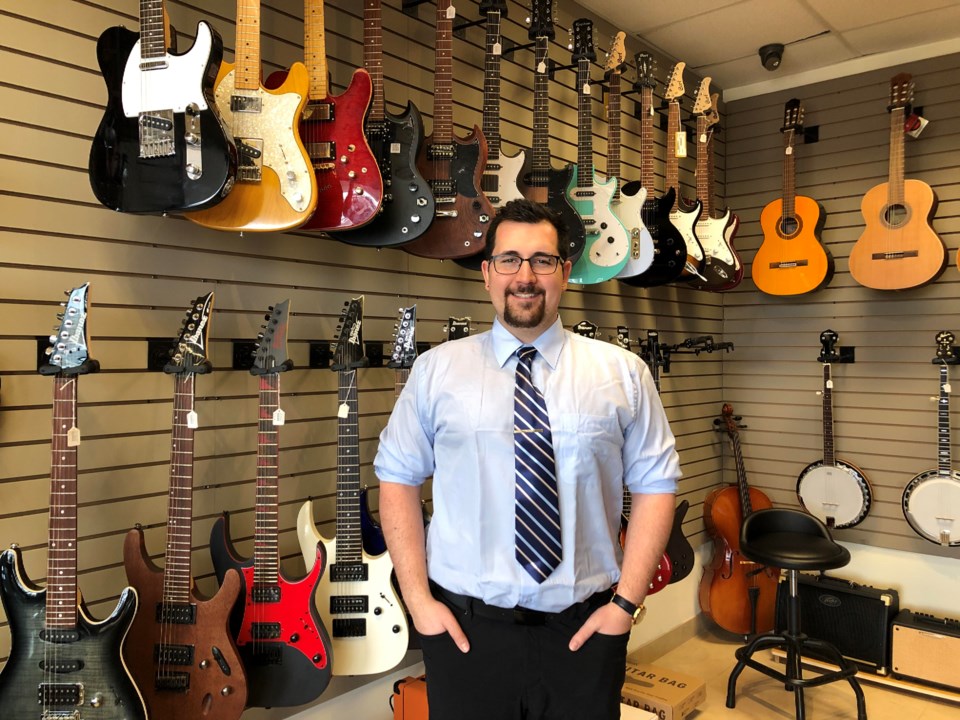 Bradford Academy of Music has been part of the Bradford business community for over 30 years.

So when Tyler Tossounian moved here from Markham with his parents in 2015, he decided to take his passion for music and apply for a job with the established music school in town.

At the time, Tossounian was studying at York University, majoring in music, with a minor in business and was looking for a job in his field. He was hired on the spot as a guitar and drum instructor. He also helped manage the business; modernizing it by helping with their website and online presence.

In March 2016, he learned that the owner was looking to retire and sell off the business. Tossounian decided he wanted to buy the business and continue to develop it for the next generation of Bradford music lovers.

“I know I’m still young, but I would be interested in buying the company,” he remembers telling the previous owner, Rita Hunt.

So over the course of the next year and a half, Hunt worked with Tossounian, coaching him and priming to eventually take over the business.

“She was my mentor for all of that time,” he said.

“I was trying to affiliate myself more with the customers, get my name out there with the clients,” he said of the transition phase.

“Instead of selling lessons, I wanted to sell the passion that I have to develop music.”

Hunt officially retired at the end of August 2017, leaving the business in the hands of Tossounian.

“It's been great, it’s the best job I could have asked for,” he said of his new-ish role as owner and president for Bradford Academy of Music.

Tossounian’s passion for music started at a young age.

Two of his uncles were drummers, and it was after a visit with one of them, and playing on their drum set, that really peaked his interest and immediately signed up for drum lessons.

Unfortunately, one of his uncles, passed away suddenly when Tossounian was young, which made him want to practice drumming even more.

“He’s the one who made me fall in love with it (drumming),” he recalled. And to keep his uncle’s spirit alive, Tossounian continued to drum and hone his musical talents.

He played drums right into high school, then in grade 11 decided he wanted to learn a new instrument- the guitar. It was around this time he was also thinking about applying to university for music.

“I did well in all my subjects, but nothing really caught my attention the way music did,” he said.

To him, music always “made sense.”

He decided that he wanted to switch gears, and attend post secondary school for guitar instead of the drums. He accelerated his private guitar lessons for the next year and a half, perfecting his skill for his university program applications.

And the hard work paid off, earning him a scholarship to York University for jazz guitar.

At school, he excelled in his studies, and even tutored some of his classmates for free, helping them pass their courses.

Now, advanced music theory is the only subject Tossounian teaches at the Bradford Academy of Music. The class is designed for students looking to apply to post secondary school for music.

Bradford Academy of Music currently has 375 students registered in their programs with 20 teachers on staff who teach everything from guitar and piano, to the ukulele and flute.

“We teach whatever to whoever, you name it," he said.

“Anyone can be taught music, there’s no line or limit,” he said of his teaching philosophy.

Children as young as three are able to register for their Kinder Notes program that teaches them about music concepts and simple theory.

He recommends any new student taking lessons for the first time to try the ukulele or piano.

Ukulele is "new and modern and a good segway to guitar," he said, adding that "it helps grow their hands and muscle memory in their hands."

He also mentioned that the ukelele has two less strings, which are made of nylon, making it softer on the hands.

“A lot of the shapes they play with the chords in ukulele transfer over to guitar,” he added.

The music school’s client base is mainly from Bradford but they also have students that come from as far as Newmarket, Innisfil, Beeton and Barrie.

“We’ve spread our passion for music all across the South Simcoe area, which has been nice,” he said.

Tossounian says he loves working in Bradford and working with other organizations in town.

“I am really community driven,” he said.

Most recently, he collaborated with Jackie Kozak of Scaroke Entertainment and ‘Bradford Idol’ singing competition at the Village Inn, and is now the official sponsor.

Eventually, he says he would love to grow into his own stand-alone shop, but for now is happy in his location inside the West Park Plaza on Holland St. West.

He also hopes to help influence and develop the arts culture in Bradford, eventually finding more venue spaces for artists to showcase their talents.

He says one of the neatest things he gets to see is, the former students of Bradford Music Academy from years ago, all grown up, who now have their children enrolled in the school.

“It’s like the second generation of Bradford Academy of Music family,” he said.

Since gradutating from school and opening his own business, he has moved out of his parents house in Bradford and now lives with his girlfriend in Barrie. He says the commute is great and still works alongside his dad, who is the accountant for the business.

Not only does the academy have music programs and lessons, Bradford Academy of Music also has a retail and service side of the business, where they sell and service instruments for clients and all members of the Bradford community.

To learn more about the Bradford Academy of Music, check out their website here.