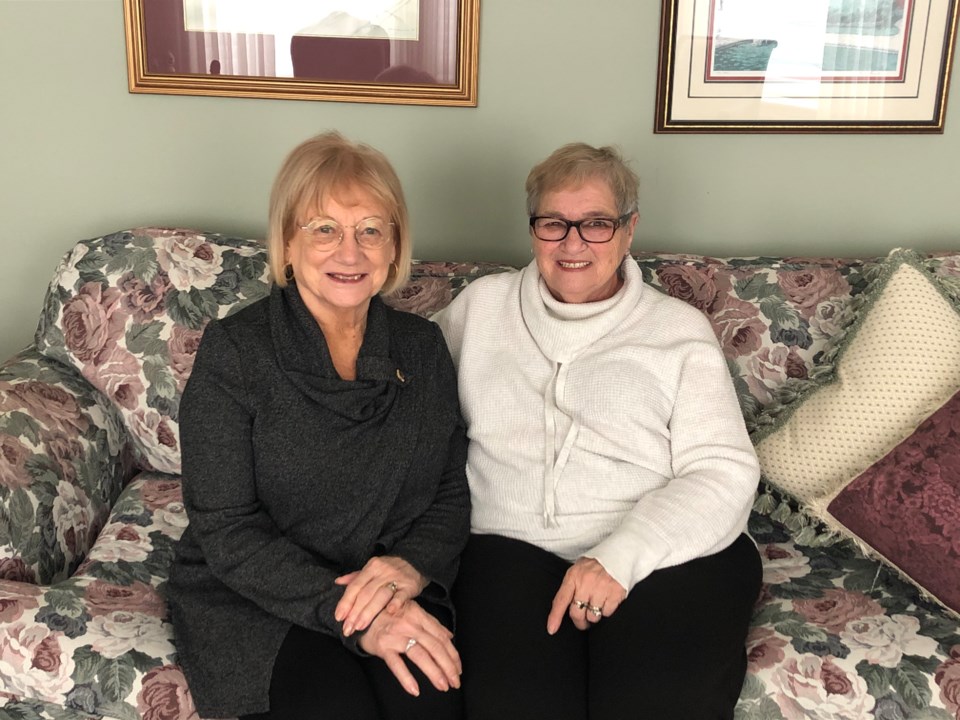 In June, it will be Bradford Probus Club’s 10 year anniversary, and club President Brenda Andrews is already busy preparing for the big celebration.

Andrews and her husband Don have been part of the social club for retirees since the very beginning. They moved to the Bradford area 15 years ago, and didn’t know anyone living in the area.

“It’s kind of hard to break in when you don’t have young children,” she explained.

“Now that I’ve joined Probus, I have 150 new friends,” Andrews explained. She is now the Treasurer for Probus Canada, a Director for Ontario-District #2, as well as the president of Bradford’s two clubs.

Before joining, President of Probus Canada, Marlene Pearce, said she was hesitant about coming to a meeting, but after some convincing from friends, ended up going just to listen to the guest speaker.

After that first meeting in her hometown of Moncton, New Brunswick, she was hooked and has been involved with the club ever since, now in her second term as club president.

There are 255 clubs all across Canada, men's, women's and mixed groups, with 38,000 members. Pearce says they grow by six to eight clubs per year.

“There are so many of us seniors out there looking for something (a club),” explained Andrews.

“I find Probus people are young in age and mind,” said Andrews, who looks after 33 clubs all over the area, some as far as Whitby and Orillia.

“We are learning everyday, and we meet new people every day,” said Andrews.

Probus is a volunteer-based, non-profit, non-political, non-sectarian fellowship organization, started in 1965 in the UK. The original founders were two men, both commuters, who were bored and looking for something to do after they had retired.  Originally called the campus club, it eventually became the Probus club, which was short for ‘Professional Business Club.’

Their idea spread like wildfire, with clubs starting to pop up all over the world, from New Zealand to Australia, and eventually to Canada in 1986, after a man by the name of John R. Morris from Cambridge, Ontario (formerly known as Gault, Ontario), had started his own club after visiting one in New Zealand.

It used to be that Probus clubs were designed for those who only worked in professional fields, but over the years, the ladies explained how they have shifted to a more inclusive membership.

Whether a retired waitress or CEO, the club welcomes all retirees, no matter what their previous work experience.

“It’s for anybody,” explained Andrews.

Members can even be part of multiple Probus clubs.

“There’s a lot of Probus in our house,” she laughed.

Each club meets once a month to connect and socialize with fellow retirees, listen to a one hour presentation from a guest speaker, and then discuss afterwards.

“We go out and we go to museums and shows, we do overnight trips,” said Andrews.  “You can choose what you want to go to.”

Each club has their own annual membership fee, usually in the $20-$50 range, to help cover venue rental fees.

So what’s the difference between a seniors club and a Probus Club?

“We are more fun,” joked Andrews.

Pearce, who is also part of a seniors club in Moncton, says the big difference between a Probus club and seniors club is the guest speakers who present at every Probus Club meeting.

“It’s the speaker that’s the most important thing,” she explained.

The guest speakers who attend the meetings are usually well established professionals like authors and industry experts.

“We try to share them with other clubs in the area,” explained Andrews.

In February, the Bradford club will be hearing from Dr. Sharon Cohen on Alzheimer’s research.

The Bradford clubs host two large parties a year, one at Christmas and one in the summer.

“It was lots of fun,” said Andrews, who particularly enjoys decorating for the large events.

This June, the club will be turning 10, and Andrews is already busy preparing for the big celebration. The theme for the party is ‘Starry Night' and will be held at Minho Restaurant in the downtown core. The night will feature a hypnotist, followed by a dinner and social.

March is Probus month, with celebrations happening across all clubs for the month of March and April.

“We try to have a special activity, with cake as well,” said Pearce.

To celebrate last year, one of Pearce’s clubs in Moncton held a wine tasting activity, where members sampled and critiqued each wine followed by a luncheon.

Bradford will be celebrating Probus month in April with a flag meet and raising at the courthouse.

To learn more about Probus Canada, check out their website here.