Forensic officer testifies teenager 'had a lot of trauma to his neck, throat and chest area'
May 14, 2021 7:30 PM By: Marg. Bruineman 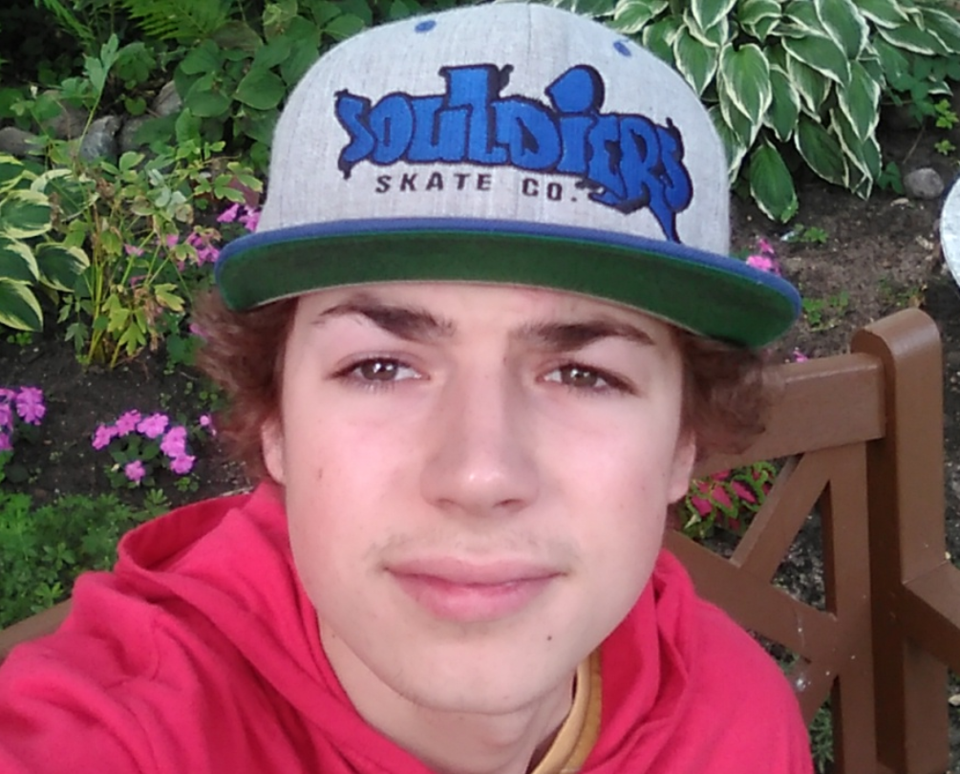 Nickolas Pasowisty is shown in a Facebook photo from 2016, one year before he was killed in an Allandale apartment. Facebook photo

Editor’s note: The following article contains graphic details that could be disturbing for some readers.

Disturbing images of a bloody crime scene were presented during Day 4 of a double-murder trial in Barrie on Friday, but not before a warning from the prosecutor.

“There will be some graphic photos shown,” Crown attorney Kristin Smyth announced to those in attendance in Courtroom 15, which included about a half dozen people in the public gallery.

Dyrrin Daley, 28, is standing trial on charges of first- and second-degree murder in the deaths of 19-year-old Nickolas Pasowisty and his 51-year-old father, James Pasowisty.

Spending the entire day on the witness stand, Barrie police identification officer Const. Shannon Green introduced photo after photo of the upper floor of an Allandale apartment where the bodies of the father and son were discovered by police on Feb. 8, 2017.

When the bodies were found, Green spent that day and the days that followed taking photographs of the crime scene and collecting evidence at the William Street home.

“We’re capturing as much detail as we can” to best illustrate the scene the way the officers found it, she testified.

Among the evidence she introduced was what she called a bat knife found in the teenager’s room. One of the two blades on the bloody knife was exposed when it was found. Its heavy, metal decorative facing appeared to be the form of a flying bat, she said.

The photos documented the state of the home, beginning with the roadside entranceway where droplets of what she called suspected blood are visible along with a path of droplets on many of the 13 steps of the steep staircase into the apartment.

The photos then show a hallway opening to a blood-stained kitchen with the two bedrooms and bathroom off to the side.

The body of the teenager was just past the stove and small counter, lying on his back in front of the open door to the balcony where the snow is stained with blood.

Green pointed out that his pyjama bottoms were soaked and there were pools of blood on the floor. His shirtless torso also showed several puncture marks.

“He had a lot of trauma to his neck, throat and chest area,” Green told the court.

Near his ear lay an open, blood-covered flip phone.

And there was a splotch of blood on his torso, likely resulting from someone dripping on him, she told the court.

His father lay just beyond him in the living room in the fetal position, also bloody, with a cut mark visible in the back of his T-shirt.

Green showed photos and then produced a small plastic exact-o knife and small metal scissors, described as sewing scissors, which were found in the armchair where an earlier witness had said was where James regularly sat. A blood-stained tissue could also be seen in the crevice of the seat. She described the blades on both as dull and well used.

No blood appeared on the exact-o knife, she said.

She pointed out that the scissors had a sticky substance on them. Under questioning, she said grinders, scissors and knives are considered tools of the marijuana trade, which can leave dark and gummy matter on them.

Green had described finding baggies containing a green leafy substance and a weigh scale by the chair. Bongs were also found in the apartment.

The photos then depicted the teenager’s bedroom, outfitted with a mattress on the floor, a couch and a love seat where other officers had described seeing blood. In addition to the bat knife, Green seized a pellet gun and a flashlight from the room.

Green is expected to return to the witness stand on Monday.