The interlibrary loan program is now cancelled, and job losses are expected at libraries across Ontario
Apr 22, 2019 1:45 PM By: Miriam King 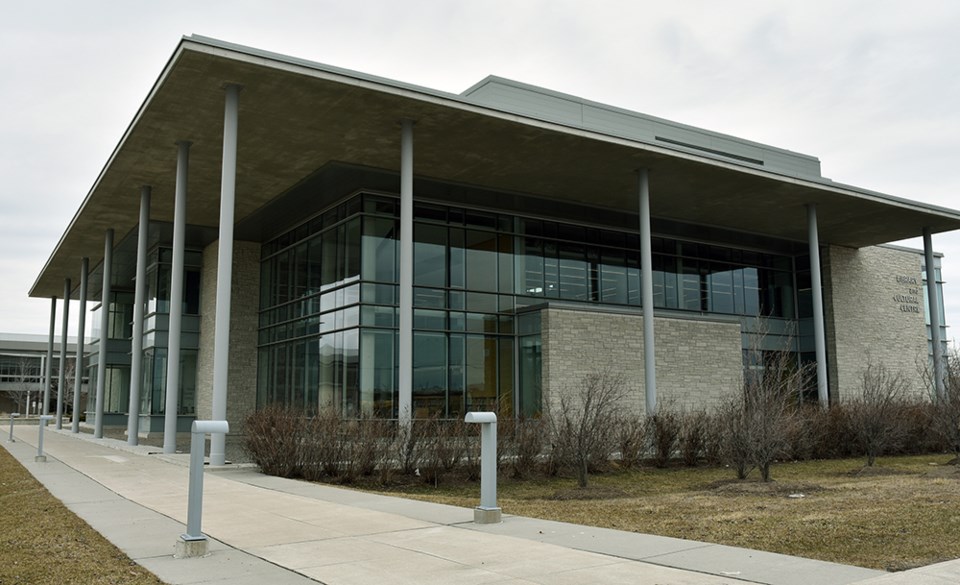 Base funding for library services has been maintained - but the province has slashed funding to the Southern Ontario Library Service, ending interlibrary loans. Miriam King/Bradford Today

Tibollo promised to maintain base funding for libraries, calling SOLS and OLSN “arms-length agencies that have no involvement in the day-to-day operations of Ontario’s public libraries.”

The Southern Ontario Library Service may not be directly involved in the daily operations of local libraries, but it does provide efficiencies and cost-savings for libraries by arranging interlibrary loans, professional development for librarians, and negotiating contracts for online and e-resources.

SOLS will apparently need to cut $1.5 million from its $3 million annual budget immediately – four months into the fiscal year. The first result is the permanent cancellation of the interlibrary loan program.

“These agencies provide highly-valued services such as interlibrary loan that give all people in Ontario, especially those in rural and northern communities, the ability to access resources through their local public library,” said Bradford West Gwillimbury Public Library CEO Terri Watman.

“Due to this budget cut, SOLS interlibrary loan service will be suspended, effective April 26. This suspension means that our community will no longer be able to borrow items from other libraries in the province that we do not have available in our own collection and will also impact the members of book clubs who borrow items from us for their meetings.”

In 2018, Bradford library patrons borrowed just shy of 1,500 items from other library systems.

“At this time, we do not know what other SOLS services will be impacted by this budget cut,” Watman said. “The suspension of this program will have a significant impact on the service we provide to our residents.”

It will not impact staffing levels at the library, she added.

One key concern is that the cuts might impact the availability and cost of e-resources. Libraries have become community hubs in recent years, adding access to digital resources and learning to their catalogues of print books and magazines.

CEO of Southern Ontario Library Service Barbara Franchetto has noted there will be an actual cost for local libraries, which will have to foot the bill for postage to return any books currently out on interlibrary loan.

“The end of SOLS delivery service means that 24 drivers (full time, part time and occasional) will lose their jobs,” Franchetto stated on the SOLS website.

“Last year they drove almost one million kilometres to deliver over 710,000 packages to 153 main library branches across southern Ontario. They also made reciprocal agreements between libraries like the PCIN (Perth County Information Network) and LiNC (Libraries in Niagara Co-operative) possible. They brought new purchased material from jobbers to over 100 libraries at cost effective rates.”

She called it, “truly the end of an era in providing interprovincial resource sharing.”

One BWG resident called the changes in programming due to the cuts a "nasty surprise."

“I received a nasty surprise when I went to request a book on interlibrary loan today: 'Due to significant Ontario provincial budget cuts, this service has been suspended until further notice,'" said Connie Melidy.

There are several online petitions now circulating by Ontario residents angry about the cuts.

“Interlibrary loans are how people get books that are not owned by the Bradford library. I’ve used it countless times from all over the province. Sometimes the Bradford library is missing a book in the series or does not carry everything I want to read.”