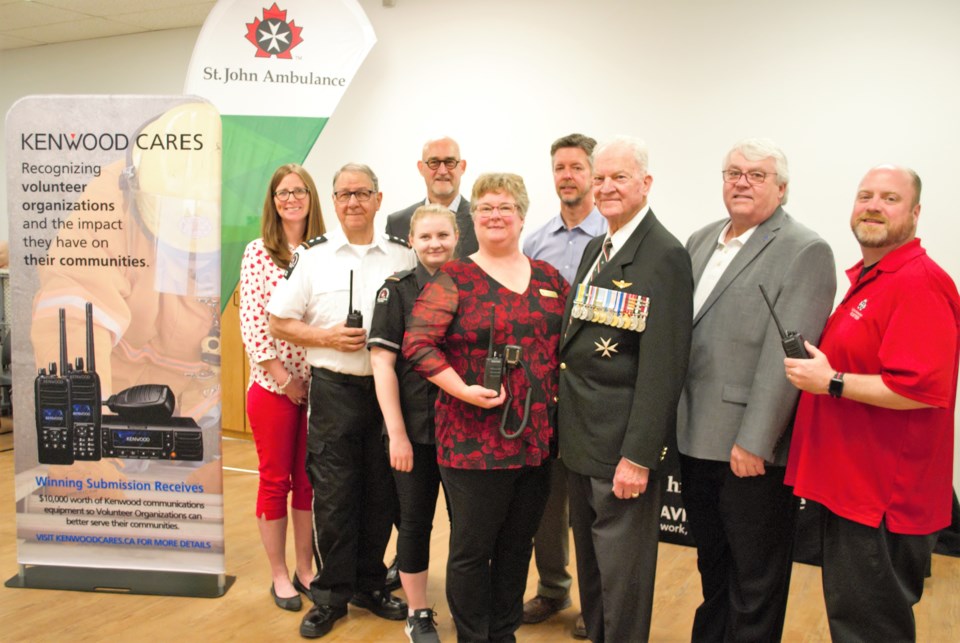 The Kenwood Cares Communications Support Grant Program has chosen the St. John Ambulance’s Barrie, Simcoe and Muskoka branch as the recipient of a $10,000 grant, which will mean a new radio system for the local non-profit.

“We currently have 12-year-old radios. They still function, but not to the best capacity,” said Cathy Banting, branch manager of St. John Ambulance Barrie, Simcoe and Muskoka. “This brand-new equipment will help us to communicate more clearly and better when we’re out at community events.”

The grant will mean the non-profit will receive 12 radios, a repeater system and audio accessories.

When Banting found out her branch would be the recipient of the grant, she was floored.

Robert Harvey, president of JVC Kenwood Canada Inc., said a committee reviews the applications and "choose one that is best-suited for the award,” said Harvey.

The local St. John Ambulance branch was chosen from 25 applicants nation-wide for the grant funding.

“It’s based on what the organization does,” said Harvey. “We take a look at the whole application and address the community needs, and what they do on behalf of the community. It’s not really a set criteria.”

Harvey said his company opts to give out this grant to help volunteer non-profit agencies across the country.

Applications will open for the 2020 grant program in September. For more information, click here.

Bradford nurse describes working during pandemic while pregnant
May 12, 2021 8:00 AM
Comments